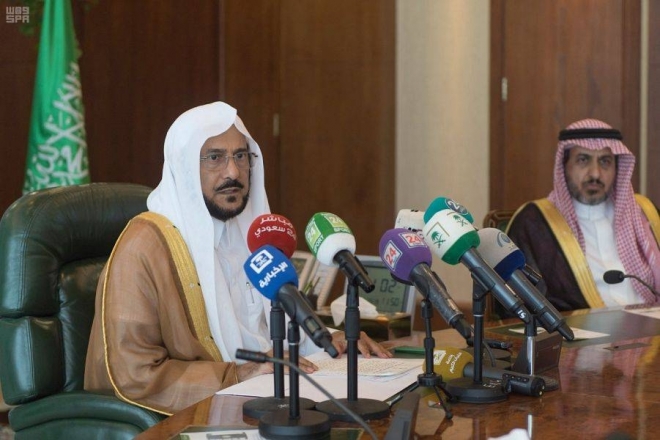 RIYADH — Minister of Islamic Affairs, Call and Guidance Sheikh Abdullatif Al-Asheikh launched on Thursday a new mobile phone app for the Holy Qur’an developed by King Fahd Holy Qur’an Printing Complex in Madinah at a ceremony held at the ministry’s headquarters in Riyadh.

The first edition of the app will be available in Android and iOS versions and can be downloaded from Apple Store and Google Play.

Speaking on the occasion, Al-Asheikh said the launch of the app was a major initiative of the Qur'an complex, which was established about 35 years ago and has so far printed 18 million copies of the holy book.

The minister said the multi-language application, which would serve Muslims all over the world by giving them easy access to various translations and interpretations of the Qur'an, would have a significant impact on disseminating the sublime message of the holy book.

The application supports 13 world languages including Arabic, English, French, Spanish, German, Italian, Japanese, Indonesian, Urdu, Persian, Turkish and Swahili. It compiles several books of interpretation of the Qur’an produced at the Madinah complex, audio recording of four recitations of the Qur'an, as well as seven translations, including audio translations, of the Arabic text.

The app is supported by important features such as options for a quick search of chapters, verse numbers, words and references, making browsing through social networking sites simple and easy.