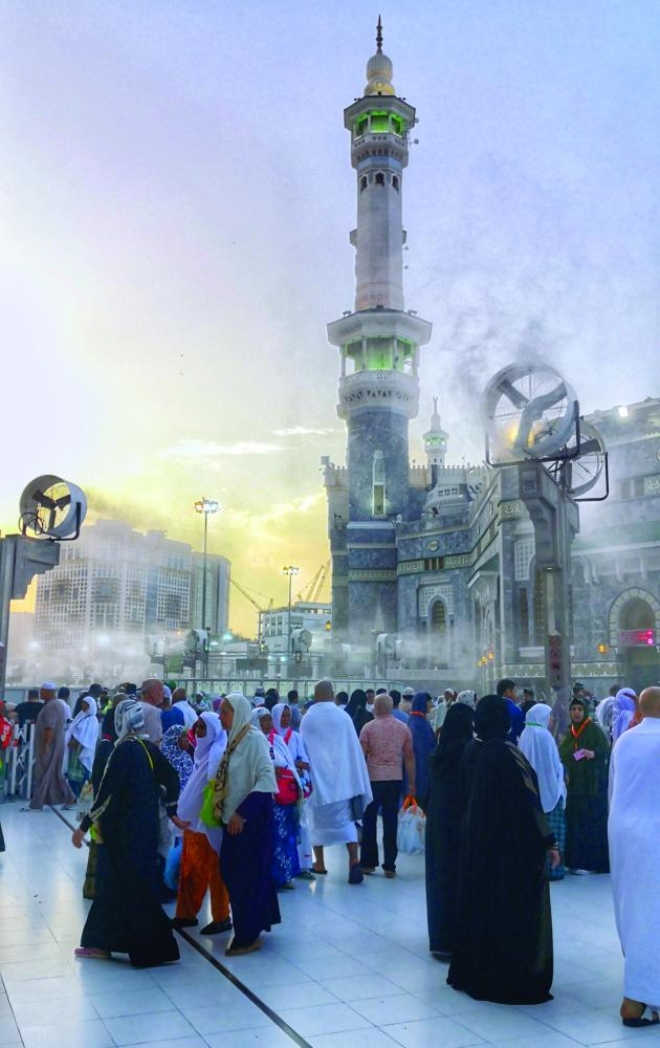 MAKKAH — As many as 500 mist fans were installed in the plazas of the Grand Mosque and on its roof to reduce the heat for Umrah pilgrims, worshippers and visitors who visit Makkah in large numbers during the holy month of Ramadan, the Arabic-language daily Makkah reported on Sunday.

The sprinkler fans, connected to pumps and water tanks, by spraying cool vapor on the worshippers will help bring down the heat by three to seven degrees Celsius.

According to the Presidency of the Affairs of the Two Holy Mosques, the first phase of the project for installing mist fans in the plazas of the Grand Mosque was completed nine years ago while most of the courtyards and the roof were covered in two subsequent phases.

The presidency said the mist fans would start spraying automatically whenever the temperature rises above 30 degrees Celsius.