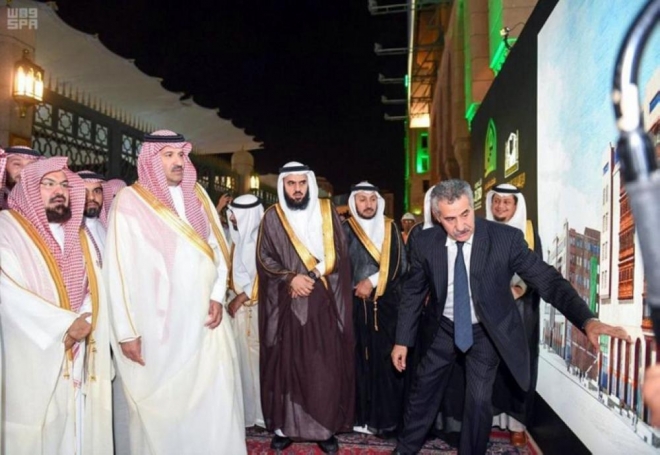 MADINAH — Emir of Madinah region and Chairman of the Madinah Region Development Authority Prince Faisal Bin Salman launched on Saturday the construction work of Al-Salam Museum, west of the Prophet’s Mosque on a total area of 17,400 sq. meters.

The museum will have halls with a total area of 4,650 sq. meters.

The museum was initially launched by Custodian of the Two Holy Mosques King Salman during his recent visit to Madinah.

Al-Salam Museum, the construction of which is expected to be completed in 12 months, aims at enriching the cultural experience for the Guests of Allah, the visitors to the Prophet’s Mosque.

The objective is also to highlight the efforts of the state in serving the two holy mosques.

Al-Salam Museum comes under the jurisdiction of the Presidency for the Affairs of the Two Holy Mosques.

In a speech on the occasion, the Head of the Presidency for the Affairs of the Two Holy Mosques Sheikh Al-Sudais said: “We are all happy to present to the entire world a bright image of the values of Islam through Al-Salam Museum, which coincides with the World Day for Exhibitions and Museums. This is in tandem with the Kingdom’s great message to the world – to achieve global peace and security. Al-Salam Museum is a message of security, wellbeing and peace via Al-Madinah Al-Munawwarah, the Prophet’s City.”

Al-Salam Museum has 10 halls highlighting the notion of peace and its importance in a Muslim’s life.

The “Arrival to Madinah” hall speaks about the reason why the Prophet (peace be upon him) chose Madinah.

The hall for landmarks of the Prophet’s Mosque acquaints visitors with Al-Rawda Al-Shareef, Al-Minbar Al-Shareef and Al-Mihraab, among others.