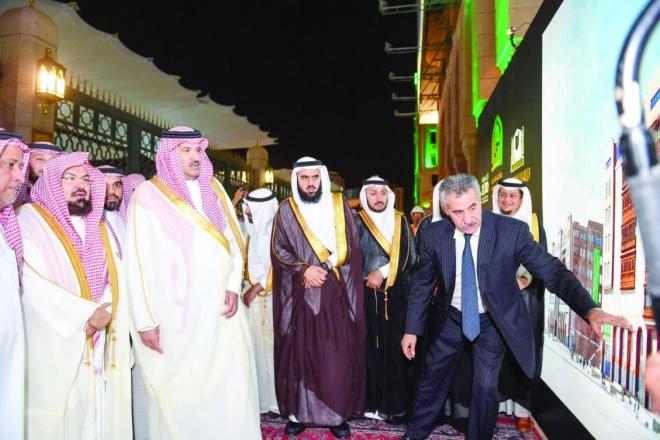 The museum, which has a total area of 17,400 square meters and an exhibition area of 4,650 square meters, is to the west of the Prophet’s Mosque.

It is expected to be built within 12 months and aims to enrich the cultural experience of visitors to Madinah by introducing them to the city and highlighting the Saudi leadership’s service of the holy sites in Makkah and Madinah.

The museum is affiliated with the General Presidency for the Affairs of the Two Holy Mosques and is supervised by the Development Authority of the Madinah area.

Dr. Abdulrahman Al-Sudais, president of the General Presidency for the Affairs of the Two Holy Mosques, said the museum was a message of peace and security.

He added that Islamic civilization was launched by the Prophet Muhammad (PBHU), who was sent by Allah as a “mercy to all the worlds.”

The museum will have 10 halls. These include one with an explanation about why the Prophet migrated to Madinah and the most important events that he faced on his arrival to the city, another about the Prophet’s Mosque,  and another which introduces visitors to historic areas around the Prophet’s Mosque.

There will also be an architecture hall, featuring displays and explanations about minarets, domes, inscriptions and decorations.