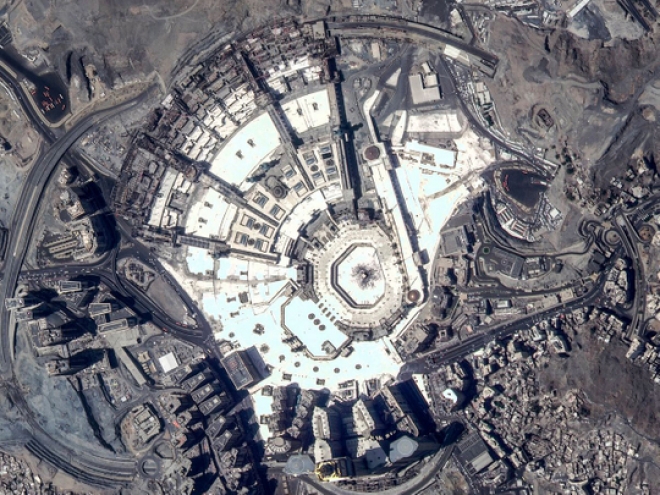 Dubai: The first Emirati-made satellite has shared a breath-taking photograph of the Holy Mosque in Makkah, capturing the interest of social media users in the UAE.

KhalifaSat snapped the photo of the world’s largest mosque, Masjid Al Haram, which covers an area of 400,800 square metres and holds a capacity of 1.5 million worshippers.

The Holy Mosque surrounds the Kaaba in the city of Makkah, Saudi Arabia, and has undergone major renovations and expansions throughout the years.

The Mohammad Bin Rashid (MBR) Space Centre shared the image of the Holy Mosque on its official Twitter account @MBRSpaceCentre, to much fanfare on social media.

@khuloudalshamsi described the image as “beautiful”, while @lymanitabrave said it resembled a spaceship.

The KhalifaSat is an earth observation satellite that was launched in October 18, which orbits the Earth from pole to pole at a distance of 613km.

The hexagonally designed satellite has two decks as well as an upper sun shield made of a carbon fibre reinforced polymer that protects the sensitive camera system from the extreme environment in space, specifically temperature fluctuations and radiation.