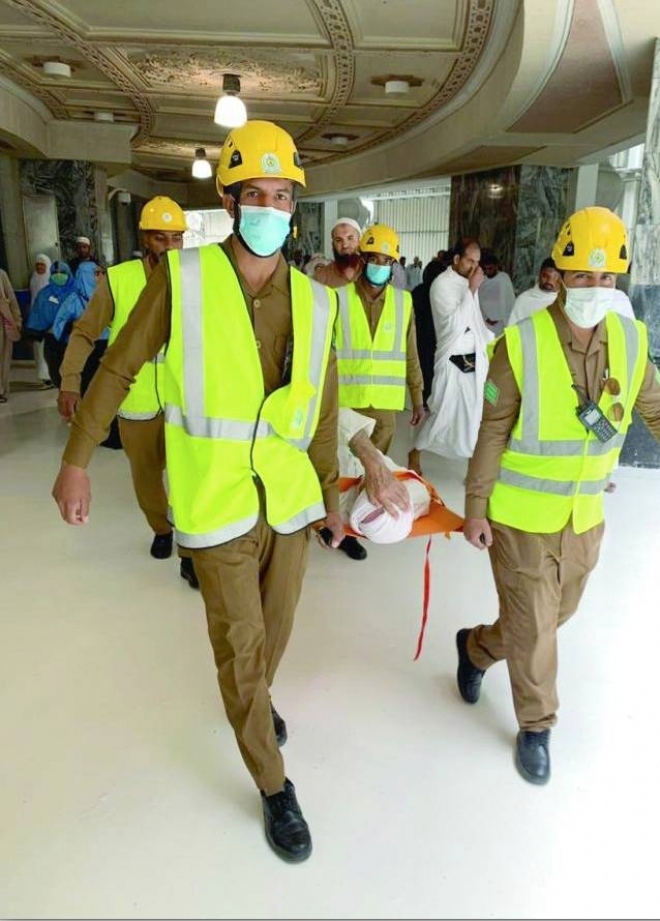 MAKKAH — As many as 2,180 pilgrims and visitors received first aid and transportation services from ambulance teams inside the Grand Mosque complex during the first 10 days of Ramadan, Makkah Arabic daily reported on Wednesday quoting the Civil Defense.

Commander of the Haram Civil Defense Col. Saad Al-Shahrani said the sick worshippers were shifted to the health clinics in the Grand Mosque as well as the hospitals outside.

He said his forces were stationed in full readiness in the mataf (circumambulation) area, at the Haram gates, the courtyards and other areas of the Grand Mosque to extend help to the sick people and provide ambulance services whenever there was a need.

Shahrani said the forces were equipped with stretchers, golf carts and other equipment necessary for the evacuation of the sick, the disabled and elderly people who may trip over due to crowding and exhaustion.