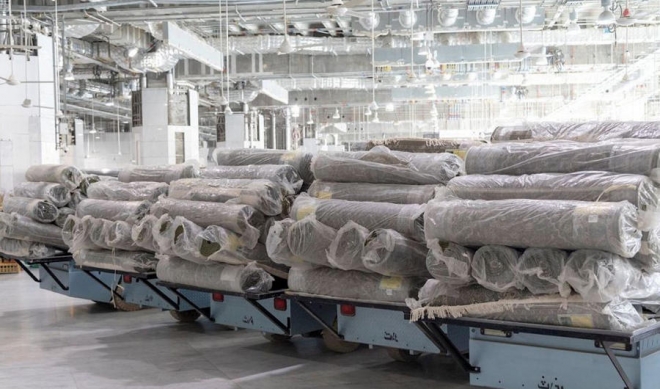 MAKKAH: After nearly two decades of importing prayer rugs for the Grand Mosque in Makkah, Saudi Arabia established dedicated factories at home to manufacture and clean rugs for the largest mosque in the world.

A dedicated laundry facility with 20 trained workers cleans 400 prayer rugs every day during the Ramadan and Hajj seasons, according to Nayef Al-Jahdali, director of the Department of Cleansing and Carpet at the Grand Mosque.

Al-Jahdali said workers use a special machine to remove dust from the rugs, then environmentally friendly shampoo and perfumes are applied before the rugs are rinsed.

They are placed inside industrial driers for two minutes, then dried under the sun for 24 hours before being moved to warehouses. A special department is responsible for repairing damaged rugs.

Belgium, Germany and Lebanon manufactured rugs for the Grand Mosque before the Kingdom opened its own rug-cleaning facilities in 2000.


⇐ Previous:
2,180 pilgrims receive first aid services in Makkah mosque in the first days of Ramadan
Next: ⇒
It takes only 30 minutes to clean and sterilize the Mataf