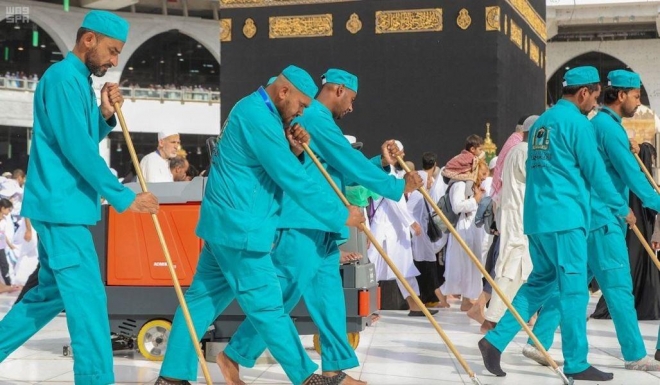 RIYADH: Thousands of Muslims from all around the world are gathered in the Grand Mosque in Makkah and the Prophet’s Mosque in Madinah on Friday night, the 27th night of Ramadan, to immerse themselves in worship.

Worshippers were seeking Laylatul Qadr (the night of power or decree) which the Qur’an states is “better than a thousand months,” and that falls on one of the last ten nights of Ramadan.

In anticipation of the large numbers of worshippers expected, an army of more than 12,000 employees will be working around the clock to ensure that facilities are at their best and the needs of worshippers are taken care of.

Iftar and suhoor meals were provided to worshippers.

The General Security Aviation Command also increased its aerial monitoring operations in Makkah during the last ten days of Ramadan.