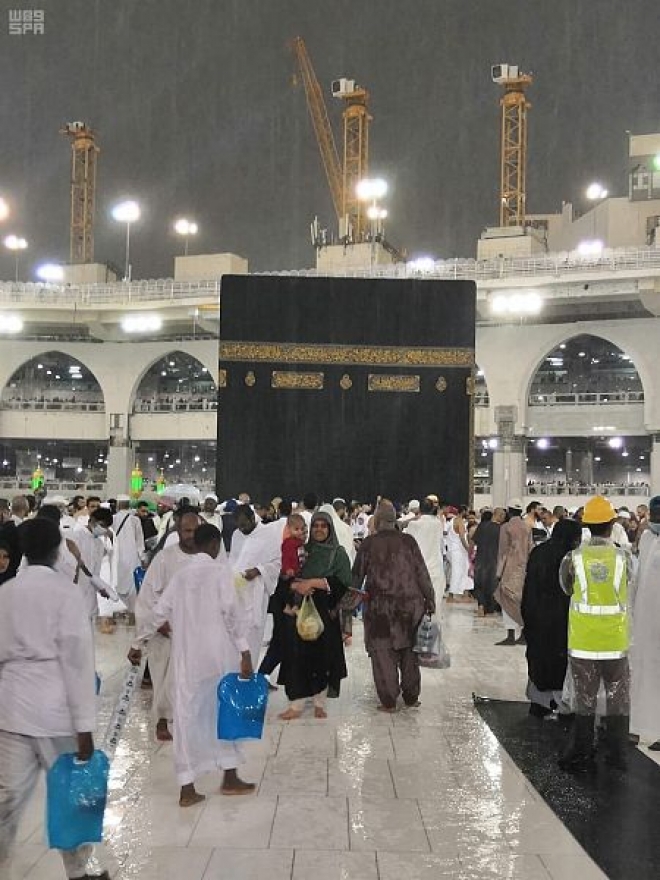 JEDDAH: The Public Administration of the Civil Defense in Makkah implemented measures to combat heavy rain and rescue teams, safety patrols and supporting equipment were deployed in locations across the holy city.

The spokesman for the General Directorate of the Civil Defense in Makkah, Maj. Nayef Al-Shareef, said following the rainfall that hit most of Makkah on Saturday, the administration had communicated with concerned authorities to monitor the situation.

The civil defense forecasted more rain, but confirmed that there had been no injuries.

The General Directorate of the Civil Defense called upon the citizens and residents to take precautions, to keep away from the valleys and water pools, stay away from moving and unsteady bodies of water during windy weather, and to take into account the possibility of more rain to come.

Meanwhile, all the departments of the General Presidency for the affairs of the Holy Mosque and the Prophet’s Mosque intensified their efforts in cooperation with security officials and volunteers to provide the necessary services in the event of flooding from rain water. They are also busy cleaning and drying the entrances of the mosques and its squares, organizing the movement of people and distributing break fast meals for Iftar.