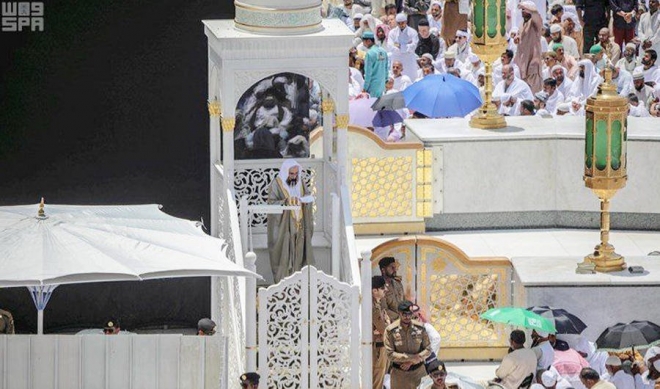 RIYADH: Seventy imams from the Saudi Ministry of Islamic Affairs, Dawah and Guidance delivered the last Friday sermon of Ramadan at mosques in 35 countries worldwide.

The imams are part of the ministry’s Al-Imamah program during Ramadan, and their services were requested by Islamic centers and organizations in these countries.

The program aims to enlighten worshippers about Islam, and communicate the message and approach of Saudi scholars, based on moderation.

In their sermons, the imams called for vigorous prayer, piety, repentance, reading the Qur’an, helping the needy, and doing good even after Ramadan.

Abdullatif Al-Asheikh, minister of Islamic affairs, dawah and guidance, is following up on the program’s implementation and the imams’ activities.

This year, the Saudi government also organized King Salman’s iftar program in 24 countries in Africa, Asia and Eastern Europe, at a total cost of SR3.75 million ($1 million) benefiting over a million Muslims. Over 500,000 copies of the Qur’an have also been delivered across the world.