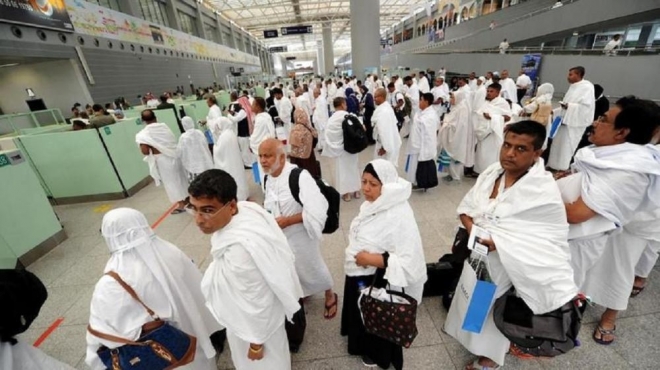 MAKKAH — The Ministry of Haj and Umrah has announced that Tuesday, July 2, will be the last day of entry into the Kingdom for pilgrims who have already been issued with Umrah visas.

In a circular, the ministry informed the Umrah service providers that the electronic issuance of Umrah visas was stopped on Monday, June 17, ahead of the annual Haj pilgrimage. It however said pilgrims who were issued visas before June 17 would be allowed to enter into the Kingdom until July 2.

The ministry asked the service providers to make sure that all Umrah pilgrims left Saudi Arabia for their respective homes. It warned that severe punishments would be applied on Umrah visa overstayers.

More than 7 million foreign pilgrims performed Umrah since the season started in late October. The largest number of the Umrah pilgrims came from Pakistan followed by Indonesia and India.

Mohammed Bin Badi, CEO of the National Committee for the Haj and Umrah, said the ministry would resume receiving applications for Umrah visas from Dhul Hijja 15 (Aug. 16).

He said Umrah visas would be issued in five days and would be for a period not exceeding one month.

The ministry expects the number of Umrah pilgrims to cross the 30 million mark by the year 2030.

Developing Haj and Umrah services is among the top priorities of the Saudi government.

Saudi Vision 2030 targets to give an outstanding experience to the pilgrims by providing them with excellent services.

Haj Minister Mohammed Saleh Benten said the ministry would like to see Umrah companies elevate the sector to unprecedented levels by raising the quality of the services offered, especially in housing, transport and visits to historical sites.