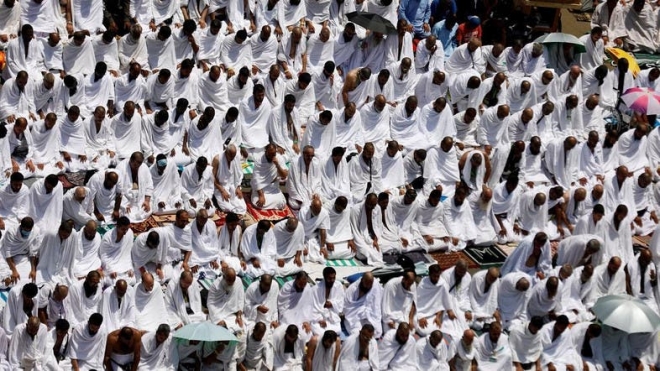 Saudi Arabia’s Ministry of Hajj and Umra is rolling out a bundle of smart systems to facilitate the travel of pilgrims from around the world and ensure that the rituals are performed with ease.

This includes an integrated e-track electronic system for the external pilgrims, which applies from the initiation of contracts on housing, transportation, and catering until the pilgrims depart from the Kingdom.

According to the ministry, the system “allows for transparency and monitorial capability to follow up the implementation and the extent of adherence of each party”. The system functions under the supervision of the ministry.

The ministry says the system gives the applicants the choice of suitable Hajj packages. It also allows them to enter into e-contracts on various services with the companies and agencies.

A provision has been made for an electronic system for payments of contracts in order to protect the pilgrims’ rights. The e-portal also enables the process of transferring the requests for Hajj permits to the systems of the ministry of interior.

The ministry is supervising these services directly, particularly those dealing with large groups, as it is critical for organizing, scheduling and managing the crowd.

On May 29, the Custodian of the Two Holy Mosques Saudi Arabia’s King Salman bin Abdulaziz launched the “Guests of God” service program, as part of the Kingdom’s Vision 2030.

The program consists of over 130 initiatives, prepared by more than 30 government agencies. It will have three strategic objectives – facilitate the hosting of more pilgrims and their access to the Two Holy Mosques; provide quality services for Haj and Umrah pilgrims, and enrich their religious and cultural experiences.

Earlier this year, Saudi Arabia’s Ministry of Hajj and Umrah announced plans to start issuing electronic visas for pilgrims, allowing them to apply online and receive their visas within minutes.

Speaking to MBC in March this year, the general supervisor of the electronic platform for Hajj and Umra, Abdulrahman Shams, revealed that the portal will give non-Saudis online access to choose different service packages, and apply for their visas.

“Currently, pilgrims who are coming from outside the Kingdom are tied to Hajj and Umra service-providing companies and agents in their countries. The electronic visas will now be issued to these entities who will be licensed to facilitate Hajj and Umra in these countries,” Shams said.

Besides the upcoming Hajj seasons, Saudi Arabia continues to receive a large number of Umra pilgrims. According to the ministry, the number of Umra visas issued until May 23, 2019, reached 7,463,259 with the number of Hajj pilgrims arriving in the Kingdom being 6,964,943.