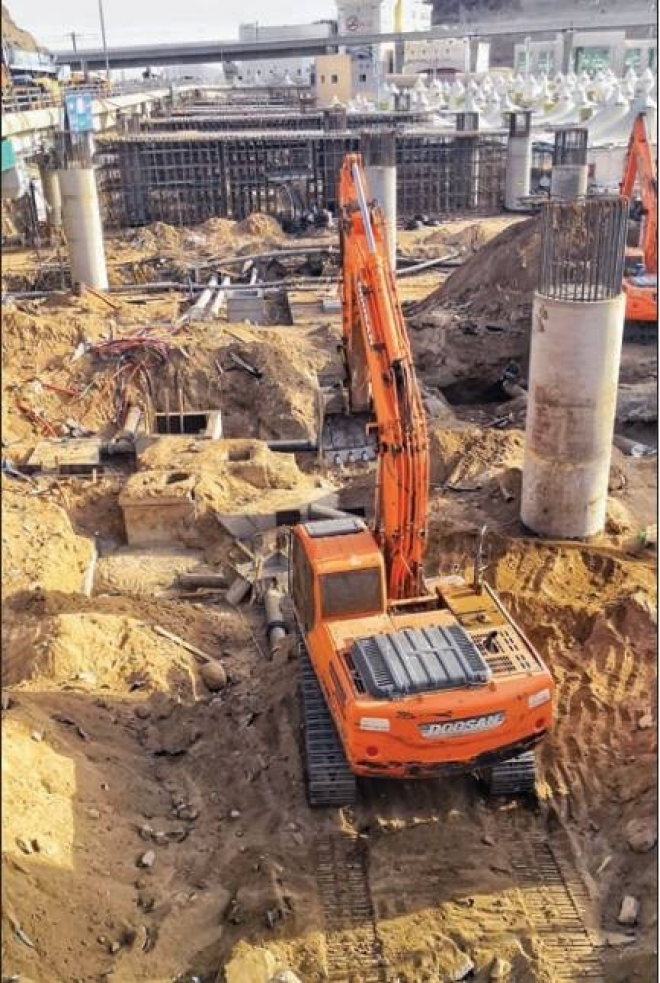 The sources said four ramps were also being constructed to link the flyovers with the pilgrim camps so that pilgrims returning from the Jamarat after the stoning ritual can use them to reach their tents in Mina.

They said the project was being implemented in two phases. In the first phase a bridge will be constructed until the Road No. 204 from the north and in the second ramps would be built to link the roads 50, 202 and 204 with the pilgrims' tents.

The sources said the project was aimed at easing the movement of pedestrian pilgrims and to ensure their safety by separating them from vehicular traffic.

They said the construction of the projects started on March 27 and about 56 percent of the work had already been completed.

The sources expected the project to benefit the pilgrims starting the upcoming Haj season.