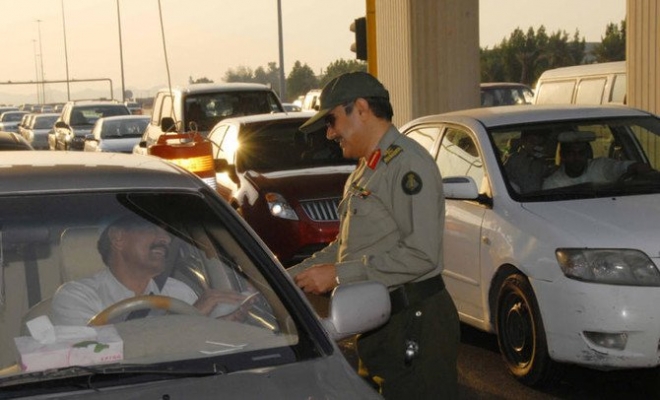 MAKKAH: Vehicles are to be banned from entering the holy city of Makkah in a bid to ease traffic congestion during the Hajj season.

Security checkpoints will be positioned at road entrances to the city from June 28 to Aug. 12 to ensure that only drivers issued with special entry permits are allowed in.

The clampdown by regional authorities is aimed at giving access priority to thousands of buses transporting pilgrims to and from the holy site.

Abdulrahman Al-Harbi, general president of the General Syndicate of Cars (GCS), told Arab News: “The decision to ban the entry of vehicles to Makkah is an important and strategic one and will streamline traffic, which will facilitate the entry of thousands of buses transporting pilgrims into the central region.

“The central region is geographically small and receives millions of pilgrims. Denying entry to cars will allow buses to enter and exit in a record time, which will help increase the number of pilgrims and contribute to achieving the Kingdom’s 2030 Vision.”

The regional authority’s Twitter account said: “Security checkpoints at the city’s entrance will oversee the implementation of the decision.”

The post added that drivers holding a Hajj permit, a residency pass issued by Makkah, or with authorization to work in the holy sites during the Hajj season would be exempt from the ban.

Al-Harbi added: “The GCS operations department is in charge of all the transportation means and of providing the necessary electronic services and infrastructure.

“The ban will improve the buses guiding project, where electronic maps and modern technologies are used to shorten the time of the trips and avoid the loss of buses and delayed arrivals.”

Transport expert Saad Jamil Al-Qurshi said: “The decision is aimed at creating a healthy environment in Makkah and its central region, in addition to reducing congestion and car exhaust fumes in the city.

“The conferences and three summits that the Kingdom recently hosted established suitable grounds for crowd control at rush times and an organizational atmosphere at the highest levels in a short time.