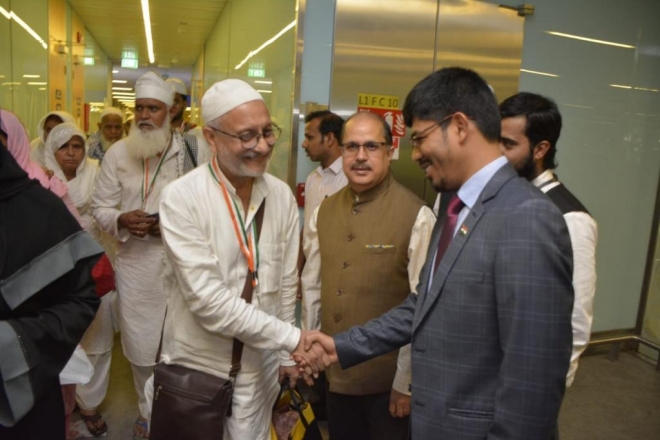 Officials of the Indian Hajj Mission said all the pilgrims were in good health and had been given accommodation close to the Prophet’s Mosque in the central area of Madinah. The pilgrims will stay in the Prophet's city until July 12, when they will move to Makkah.

Around 140,000 people are expected to perform Hajj this year under the aegis of the Hajj Committee of India. About 63,000 should arrive in Madinah by July 21, with the remaining 77,000 landing in Jeddah between July 20 and August 5. Hajj is tentatively scheduled to take place between August 8 and 14.

The Indian embassy and consulate have, they say, “deployed sufficient manpower for the smooth movement of the pilgrims and their baggage to their respective buildings.”