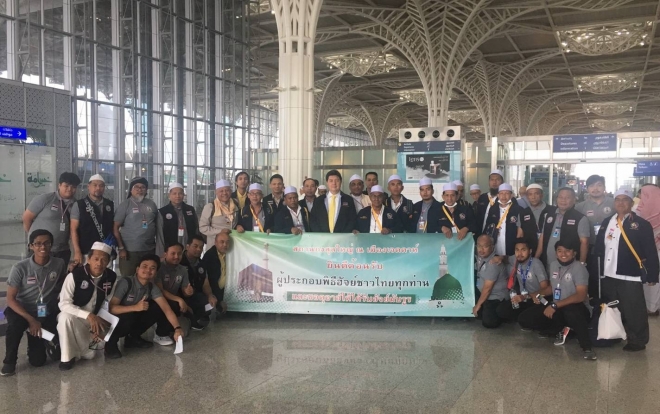 MADINAH — The first batch of 288 Thai pilgrims, who are among a total of 8,462 Thais who will perform Haj this year, arrived at Prince Muhammad Bin Abdulaziz International Airport in Madinah on Thursday by Thai Airways International.

“The Thai government considers Haj affairs an important matter and we at the consulate give utmost importance to the welfare of pilgrims,” the Thai consul general said.

“Most of the pilgrims are from the southern part of Thailand and charter flights operated by Thai Airways International and Saudi Arabian Airlines are arranged by the government to facilitate and transport them from Narathiwat, Hat Yai, Krabi and Bangkok airports, which are closer to their places of residence,” he added.

“On behalf of the Thai government, I would like to express my sincere thanks and appreciation to the Saudi government and concerned authorities for their efforts to facilitate and welcome pilgrims from Thailand and all over the world,” Consul General Soradjak said.