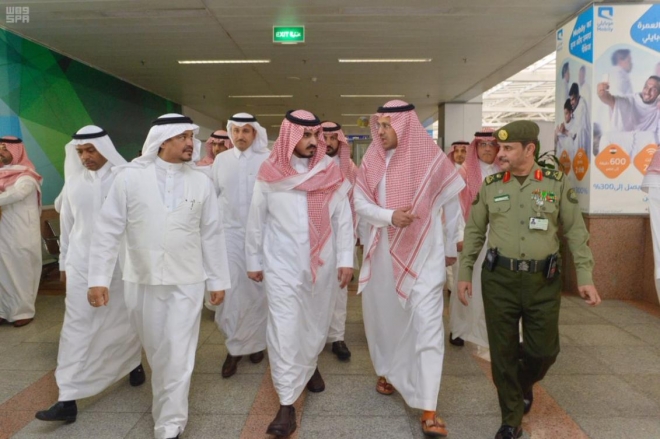 MAKKAH: The Emir of Makkah region visited the Hajj and Umrah halls at the King Abdulaziz International Airport on Wednesday ahead of the upcoming pilgrimage season.

Prince Badr Bin Sultan started his tour by visiting the Makkah Route initiative hall at the airport, which is aimed at providing help for pilgrims, a statement on the Saudi Press Agency said.

The emir checked operational plans at the complex and other facilities intended to offer a pilgrim an easy trip from their own countries and on to Makkah.

The Emir of #Makkah region visited the #Hajj and Umrah halls at King Abdulaziz International Airport on Wednesday ahead of upcoming pilgrimage season - with the #MakkahRoute initiative taking shape #Hajj2019 (Video: @ksagaca)https://t.co/FQzEkjUmnJ pic.twitter.com/ESVvnPG4W8

The Makkah Route initiative was recently implemented at airports in Islamabad and Kuala Lumpur, and also began with its first flight from Indonesia.

The Saudi ambassador to Indonesia said that the implementation of the Makkah Route initiative in Indonesia for the second year confirms the success of cooperation between the two countries’ authorities in serving Indonesian pilgrims to the Kingdom.