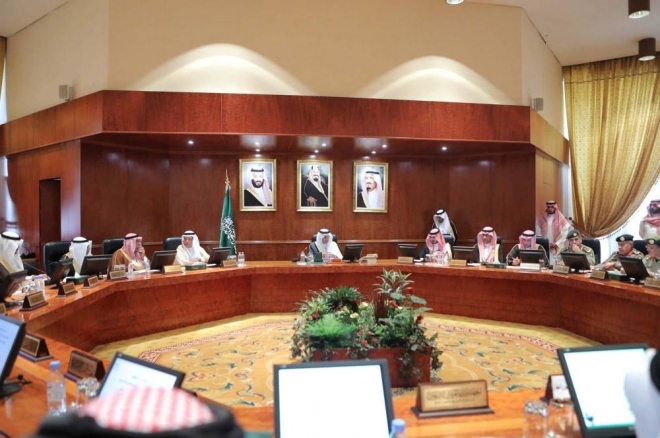 MAKKAH — Emir of Makkah Prince Khaled Al-Faisal, who is also the chairman of the Central Haj Committee, has asked all concerned government departments and private agencies to redouble their efforts to provide the pilgrims with the maximum degree of comfort and the best of services that will enable them perform their religious rites in ease, peace and comfort.

The annual Haj pilgrimage will tentatively start on Friday, Aug. 8, depending on the sighting of the Dhul Hijjah crescent and will continue for six days. During these several million people who will arrive in Makkah from all corners of the world will move around between the holy precincts of the Grand Mosque, and the holy sites of Mina, Muzdalifah and Arafat.

Chairing a meeting of the Central Haj Committee on Tuesday, Prince Khaled thanked all the parties involved in the Haj services and he particularly appreciated the Authority for the Development of Makkah Region for the numerous projects it had implemented in the holy sites.

During the meeting, the Ministry of Haj and Umrah made a presentation about its plans for this year's Haj season.

It said it has prepared 16 centers for guidance in Mina and Arafat and four centers for receiving and grouping the pilgrims.

The ministry said it has deployed as many as 2,250 of its employees to serve the pilgrims in addition to 29,000 employees of the 193 Haj companies as well as 15,000 staff of the tawafa (Haj guides) establishments.

The ministry said a fleet of 18,500 buses will be deployed to transport the pilgrims between the holy sites.

Meanwhile, Minister of Haj and Umrah Dr. Mohammed Saleh Bin Taher Benten paid an inspection visit to the headquarters of the United Agents Office in Jeddah to ensure the readiness of the office to serve pilgrims.

During the visit, the minister was briefed on the operational plan of the office for this year's Haj season.

The Unified Agents Office is one of the Haj agencies that offer a full spectrum of services to the pilgrims coming from outside the Kingdom by land, sea and air. It serves as a vital link at various stages of services delivered to the pilgrims ranging from reception through guidance to the places of dwelling in the holy cities.