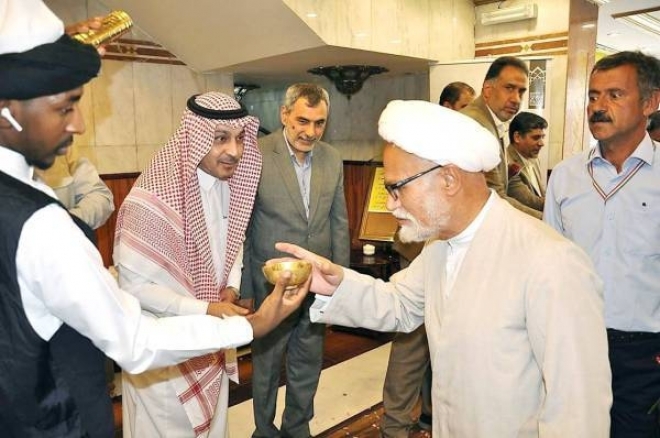 MADINAH — The first groups of Iranian pilgrims arrived at Prince Muhammad Bin Abdulaziz International Airport in Madinah on Monday and Tuesday at the start of their Haj journey.

The Iranians were received on arrival at the airport by a number of senior officials from the Ministry of Haj and Umrah, the tawafa establishments and the establishment of the private guides who presented them with roses, dates and Zamzam water as welcome gifts.

The Iranian pilgrims arrived in Madinah aboard nine flights. Pilgrims from other countries continued to arrive in the Prophet's city on Wednesday, many of them with immigration pre-clearance under the Makkah Route Initiative.

The CEO of the Establishment of the Private Guides, Hatim Bali, said the warm welcome accorded to the Iranian pilgrims was within the directives of the Custodian of the Two Holy Mosques to provide all the pilgrims with maximum care and the best of services.