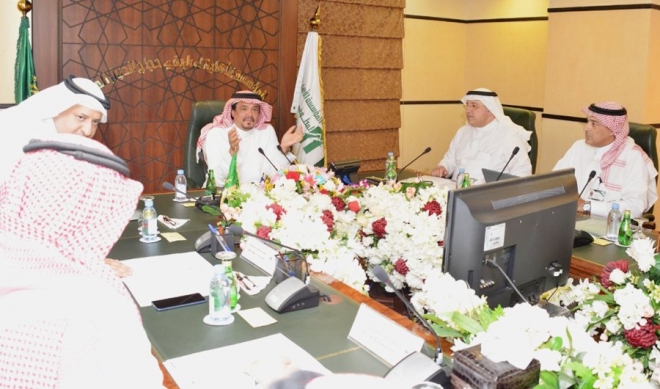 MAKKAH: Mohammed Salih Bentin, minister of Hajj and Umrah, visited the headquarters of the National Tawafa Establishment for Pilgrims of Arab Countries (ARBHAJ) on Friday to inspect its readiness for this year’s Hajj season.

Bentin held a meeting with Abbas bin Abdul Ghani Qattan, CEO of ARBHAJ, and his deputy Mustafa Biari to discuss plans for the season.

The minister attended a presentation on the development of ARBHAJ from a public institution to a closed joint-stock company.

Bentin urged the employees to provide great services to the pilgrims upon their arrival to the Kingdom.

The foundation is preparing to host 380,000 pilgrims from 19 Arab countries.


⇐ Previous:
Streets in Makkah to have special tracks for the blind
Next: ⇒
Hajj 2019 emergency plan approved