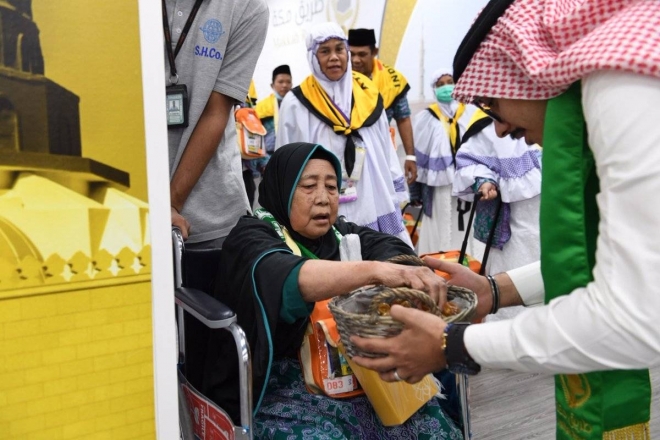 RIYADH – The number of pilgrims who have benefited from the Makkah Route Initiative for this year’s from the airports of Pakistan, Bangladesh, Indonesia and Malaysia during the period Dhul Qa’dah 1 – 8 have totaled 36,744 mean and women. They arrived in the Kingdom on board 90 flights, Saudi Press Agency (SPA) quoted the Directorate General of Passports (Jawazat) as announcing on Saturday.

In a press statement it issued, the Jawazat said the number of arriving pilgrims via King Abdul Aziz International Airport in Jeddah have totaled 13,317 male and female pilgrims on board 33 flights.

Meanwhile, those who arrived via Prince Muhammad Bin Abdul Aziz International Airport in Madinah have totaled 23,427 male and female pilgrims on board 57 flights.

All the pilgrims were treated kindly and promptly by the authorities participating in the Makkah Route Initiative since their departure from their countries until their arrival in the Kingdom. They were transported by buses to their residences, whether in Makkah or Madinah, the Jawazat statement said.


⇐ Previous:
About 7mn Zamzam water cans to be distributed among pilgrims
Next: ⇒
Streets in Makkah to have special tracks for the blind