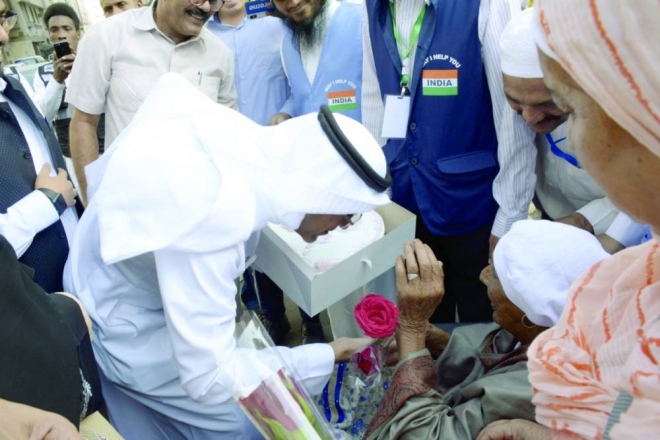 MADINAH — Mrs Attaar Bibi Hussain Baamar, the oldest Indian female pilgrim, has arrived in Madinah at the start of her Haj journey. She is 101 years old.

She is the oldest pilgrim who has arrived in the Kingdom so far.

The aged woman pilgrim from the north Indian state of Punjab is being accompanied by her 60-year-old son and a daughter.

They came on board a flight from India which landed at Prince Muhammad Bin Abdulaziz International Airport in Madinah.

She was received by a number of officials including Indian Ambassador Dr. Ausaf Sayeed , Consul General Md. Noor Rahman Sheikh, Haj Consul Y. Sabir, and other officials from the tawafa establishment.

The aged pilgrim expressed happiness to be in the Kingdom for the Haj and appreciated the quick service and the warm welcome she and her companions received.

Indian Haj officials claimed that she is keeping good health. They also assured that her health condition will regularly be monitored.