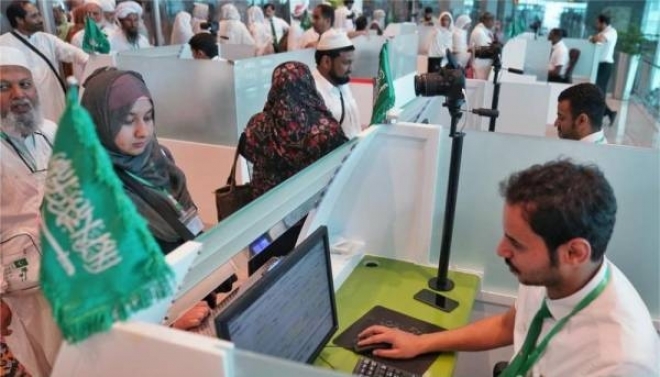 JEDDAH — A total of 54,453 pilgrims of the Makkah Route Initiative have so far arrived in the Kingdom via 135 flights for the Haj. They came from Pakistan, Malaysia, Bangladesh and Indonesia.

The pilgrims were warmly welcomed by officials who served them with Arabian coffee, Zamzam water, dates and roses before facilitating their boarding buses to their accommodation facilities without luggage which would be transported to them later.

Some 208 counters have been established at KAIA to serve women pilgrims, according to Abeer Sofi, who is supervisor of female passport officials.

Under the initiative, the pilgrims will complete all their passport procedures right at their home so as not to take any time at the airport of their arrival.

The pilgrims hailed the initiative and appreciated the efforts of the government of the Custodian of the Two Holy Mosques to provide them with consummate services that will enable them to perform their religious rites in ease, peace and comfort.