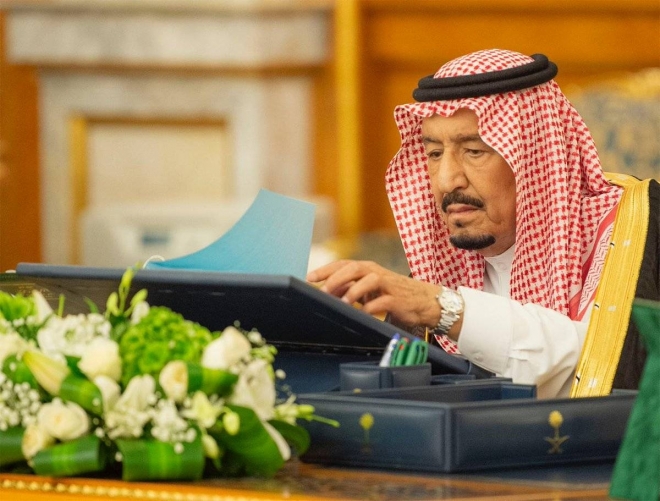 JEDDAH — The Council of Ministers, presided over by the Custodian of the Two Holy Mosques King Salman at Al-Salam Palace here on Tuesday, decided to exempt those who have come to the Kingdom to perform Umrah and Ziyarah (visit) of the Prophet’s Mosque from the rule forbidding them from movement outside Makkah, Jeddah and Madinah.

A royal decree has been prepared to this effect. With this decision, pilgrims, who were restricted to the three cities, will now be able to visit other cities soon.

In a statement following the Cabinet meeting, Minister of State, Cabinet member and Acting Minister of Media Dr. Issam Bin Saad Bin Said disclosed to the Council that this year nearly 8 million Muslims performed Umrah rites. The Kingdom will also receive some two million pilgrims from all over the world this year for this year’s Haj.

In this connection, the Council reiterates the Kingdom’s rejection of allegations by the Qatari Ministry of Endowments and Islamic Affairs that the Kingdom’s government is placing obstacles before Qataris and residents in Qatar, who wish to perform Haj and Umrah.

This is contrary to the facts, as the pertinent authorities in the Kingdom have provided all the means to facilitate the arrival of pilgrims and Umrah performers from all countries of the world, including Qatar.

The Cabinet has approved the Government Competition and Procurement System.

At the outset of the Council meeting, King Salman briefed the Cabinet on the outcomes of his reception for the King of Malaysia Sultan Abdullah Bin Al-Sultan Ahmed Shah including reviewing brotherly relations and aspects of continued cooperation between the two countries.

The Monarch also briefed the Council on his reception for the Lebanese former prime ministers Najeeb Mikati, Fouad Siniora and Tamam Salam and the Kingdom’s reaffirmation of its concern for Lebanon’s security and stability within the Arab fold. — SPA