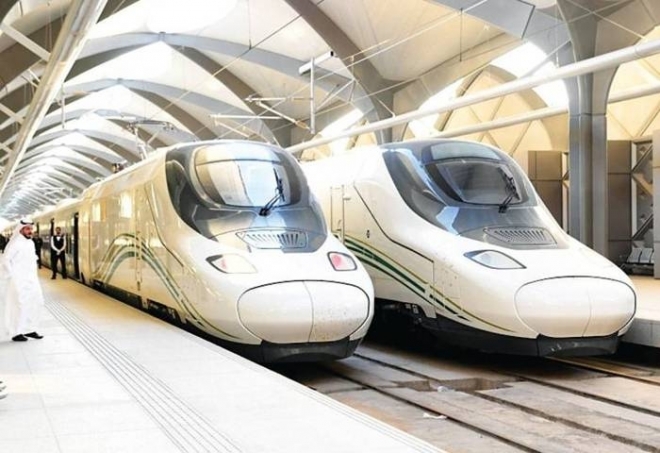 MAKKAH/MADINAH — The Haramain Train on Sunday added new trips to the timetable, with the objective of facilitating the grouping and movement of pilgrims between Makkah and Madinah, Saudi Press Agency said.

The Haramain Train authorities said the trips were added so as to be in tandem with the plan for grouping and movement of pilgrims between the Two Holy Mosques to bring the total number of trips to 64 per week. Authorities said that they will add train service in order to raise the capacity to 80 trips per week.

The launching of the Haramain High Speed Railway (HHR), one of the fastest 10 trains in the world, between Makkah and Madinah, comes within the sphere of the care by the government of the Kingdom for the holy places and their visitors during the Haj and Umrah seasons with the objective of providing a safe and speedy means of transport, according to the best and highest international efficiency standards.

The Haramain Train has 35 locomotives and five stations – Makkah, Jeddah, King Abdulaziz International Airport (Jeddah), King Abdullah Economic City (Rabigh) and Madinah. They are linked by a 450-km-long dual electrical network. Each locomotive has 13 coaches. Of these, 4 coaches are for business class, 8 for economy class and one is a restaurant. The train has a capacity of 417 seats and it can reach a speed of 300 km/h. It can travel the distance between Makkah and Madinah within 2 hours and 15 minutes approximately.

The project aims to facilitate transportation of pilgrims from all over the world and from within the Kingdom during the Haj and Umrah seasons, and to provide them a secure, safe and fast service between the Two Holy Cities.