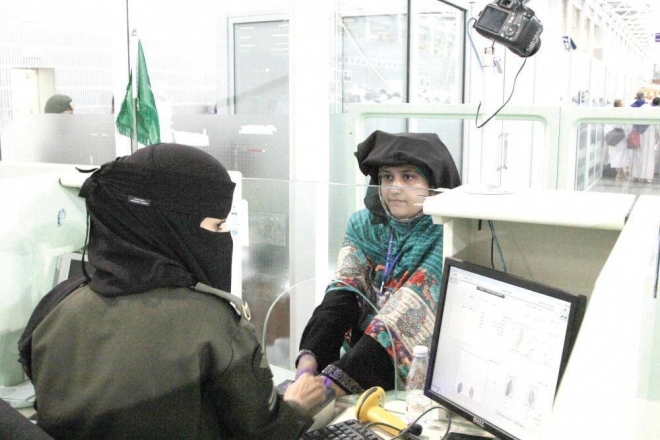 RIYADH — A total of 760 newly recruited Saudi women passport officials are being trained to perform various tasks so as to serve the visitors and pilgrims arriving in the Kingdom through its air, land and sea inlets.

The women on Monday began the second institutional training course at the training center of the Directorate General of Passports (Jawazat) in Riyadh, Makkah, Madinah and the Eastern Province, Makkah newspaper said on Tuesday.

Director of the center, Brig. Saleh Al-Muraba, said the two-week training is part of a qualifying program for the newly appointed Jawazat female personnel.

He said women employees will be rigorously trained on document scrutiny, uncovering forgery, the military and security cultural system, the passport procedures and the skills of dealing with the public.

Muraba said after they complete this training session, the women will join an advanced training course in electronic passport system which will be held in collaboration with the National Information Center.

He said training of the human element on modern technology represents a priority for the Jawazat.