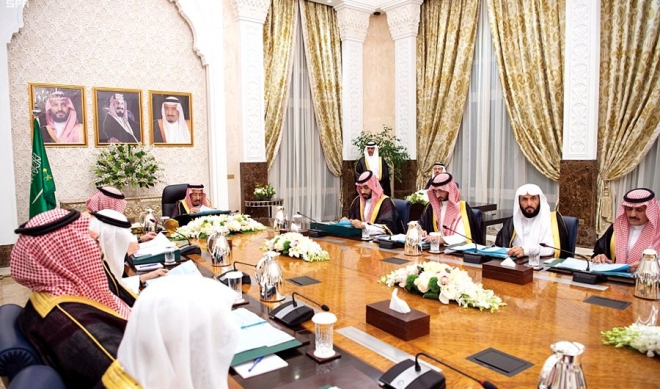 Chaired by King Salman, the Cabinet discussed his directive to host thousands of pilgrims from all over the world each year as part of the Custodian of the Two Holy Mosques’ Guests Program for Hajj and Umrah. The program has benefited more than 52,000 pilgrims since its inception in 1996.

The opening of the water projects, which cost a total of more than SR1.3 billion ($346.6 million), coincides with this year’s pilgrimage season.

The Cabinet condemned the Israeli demolition of dozens of houses in East Jerusalem, making hundreds of Palestinians homeless.

It urged the international community to intervene to stop this aggression and Israel’s attempts to change the legal and demographic character of the city.

The Cabinet was briefed on regional and international developments, including Iran’s violations of international law, such as the interception of civilian ships in the Arabian Gulf.

The Cabinet praised the results of the 50th ordinary session of the Council of Arab Information Ministers chaired by Saudi Arabia.

The Cabinet expressed its condolences to Japan’s government and people on the deadly fire in the city of Kyoto, and wished the injured a speedy recovery.

The Cabinet praised the crown prince’s support for sports, and the distribution of SR2.5 billion to sports clubs.