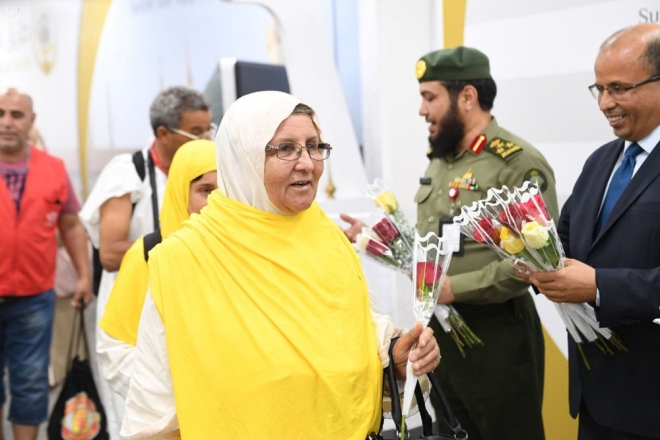 The pilgrims who benefited from the initiative lauded efforts to facilitate their travel and enable them to perform their duties with ease and comfort.

Sami Al-Saidi, Tunisia’s consul general to Saudi Arabia, said the Kingdom presents a new service every year to facilitate the journey of pilgrims coming from all over the world.

He thanked the Saudi government for all the services and facilities being provided for pilgrims.

The Makkah Route initiative is expected to serve more than 225,000 pilgrims passing through airports in Malaysia, Indonesia, Pakistan, Bangladesh and Tunisia.

The service includes issuing visas, ensuring compliance with health requirements, and codifying and sorting luggage at airports in pilgrims’ own countries.

This enables them to bypass procedures on arrival in the Kingdom, and to head directly to buses waiting to transport them to their accommodation in Makkah and Madinah.

Service authorities deliver pilgrims’ luggage to their accommodation in the holy cities.

So far, 479,917 pilgrims have arrived in Madinah since the start of the current Hajj season, according to statistics issued by the National Guides Foundation. The data showed that 279,700 pilgrims left Madinah for Makkah, while 200,192 remained in Madinah.