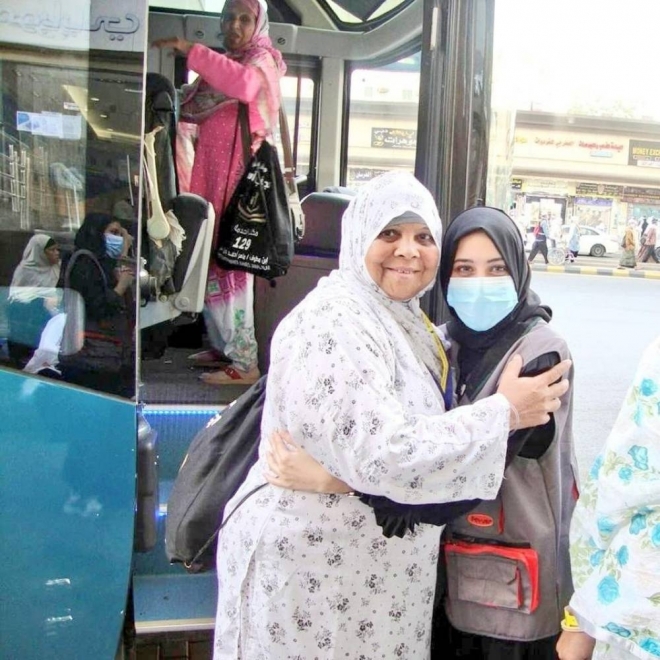 RIYADH — The National Information Center (NIC) at the Presidency of State Security, in cooperation with the ministries of interior and Haj and Umrah, has developed an electronic service this year to benefit citizens and residents seeking exemption to repeat Haj.

The e-service enables a person obtain a Haj permit, both for citizens and expatriates, who wish to repeat the Haj seeking an exemption from performing Haj during the 5-year hiatus needed between Haj, Saudi Press Agency said.

In order to perform Haj earlier then the prescribed 5-year wait from the year the person had performed Haj, the applicant needs to apply through this portal.

This service will be available through the domestic pilgrims portal in the Ministry of Haj and Umrah website where all applications for exemption of a citizen or expatriate to perform Haj as a ‘mahram’ or on behalf of some dead kin have to be submitted.

The permit will allow them to perform Haj along with their relatives so that all can perform their Haj rites with ease.

The portal for domestic pilgrims will receive all applications for citizens and expatriates for exemption to repeat the pilgrimage, so that they can perform Haj while accompanying their mother, sister, wife or daughter.

This service will have a positive effect in enabling citizens and expatriates wishing to repeat the Haj to obtain an official permit for this purpose, in line with the regulations. Applicants must fulfill the requirements for this new service.

The National Information Center at the Presidency of State Security, in cooperation with several government authorities, annually develops some electronic and technological services for the Haj season every year after carefully revising and scrutinizing the services provided to pilgrims during the previous years.

This contributes greatly to harnessing modern technology to serve the pilgrim and Umrah performer as well as facilitate the Haj journey for the citizen and expatriate.

Meanwhile, the total number of pilgrims who arrived in Madinah has so far reached 663,162, according to daily statistics issued by the Committee of Haj and Visit in Madinah region, SPA said Monday. — SPA