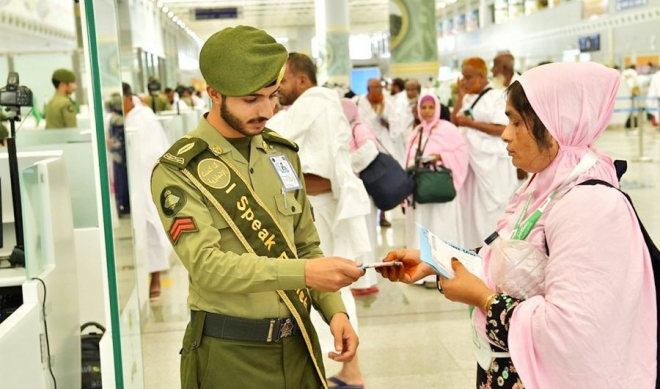 RIYADH: Hundreds of Saudi passport control students are being given special language training as part of efforts to improve communication with pilgrims traveling to the Kingdom.

“This program is not the first, it began two years ago, but each year it is developing, updating and setting more precise criteria for selecting the best applicants from the students and subjecting them to the required training programs in order to contribute to the development of their skills,” he added.

The passport department aims to provide efficient, well-trained personnel to deal with the huge number of Hajj and Umrah pilgrims arriving in the Kingdom each year.

The move is part of a series of initiatives introduced in the Kingdom to speed up administrative procedures and ease of passage for pilgrims entering and leaving the country.

Al-Merbaa said: “We are keen to reflect a good image of the Kingdom. Everyone knows that passport officers are the first people that visitors see when they arrive in the Kingdom and the last when they depart.

“These employees must be highly trained and able to communicate with all nationalities in their different languages.”

He pointed out that the passport department aimed to provide efficient, well-trained personnel to deal with the huge number of Hajj and Umrah pilgrims arriving in the Kingdom each year from around the world.

“In addition, employees in all ports, land, sea and air, are subject to attend training programs and courses related to languages inside and outside the Kingdom, earning them the skills required,” said Al-Merbaa.