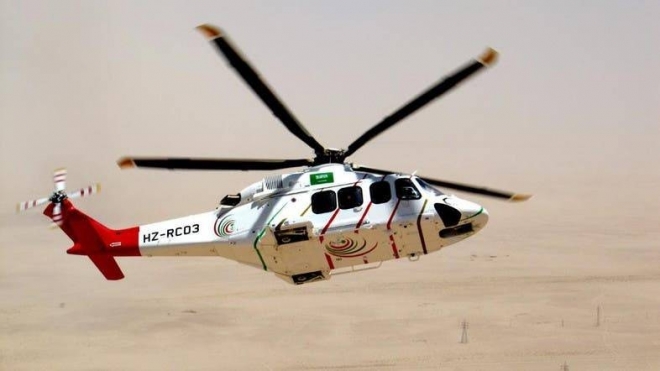 MAKKAH – The Saudi Red Crescent Authority (SRCA) will continue to provide its air ambulance service during this year’s Haj. This will be in cooperation with the Presidency of State Security, represented by Security Aviation and the Ministry of Defense, represented by the Medical Evacuation service.

In this regard, the Saudi Red Crescent Authority, in collaboration with its partners, has allocated five of the latest aircraft in the world, provided with the latest emergency medical equipment to cover the holy sites during the Haj season, Saudi Press Agency reported.

These efforts emanate from the keenness of the government of Custodian of the Two Holy Mosques King Salman and Crown Prince Muhammad Bin Salman to provide emergency and intensive medical care for critical cases and to respond quickly to these cases so that these services are complementary to the health services being provided to the Guests of Allah by Saudi doctors, paramedics, pilots and air and ground services.

The authority has readied the landing areas for these aircraft at the hospitals of Makkah Province to receive the cases transported by air ambulance through which the Red Crescent wants to achieve a record response time. The pilgrims and public can avail of the air ambulance service by dialing 997 for the Saudi Red Crescent Authority, which will forward the report to the ground or air ambulance service, depending on the information received at the central operation room.

Additionally, the SRCA has allocated more than 36 permanent relief centers, 89 temporary centers, over 2,700 highly trained employees and about 370 ambulances equipped with the latest technology.

These emergency medical services are located in centers in Makkah, the Grand Mosque, Madinah, Mina, Arafat and Muzdalifah.

The SRCA in Madinah is also implementing its field operational program to provide emergency and medical services for pilgrims and visitors at the Prophet’s Mosque and other locations frequented during Haj season.