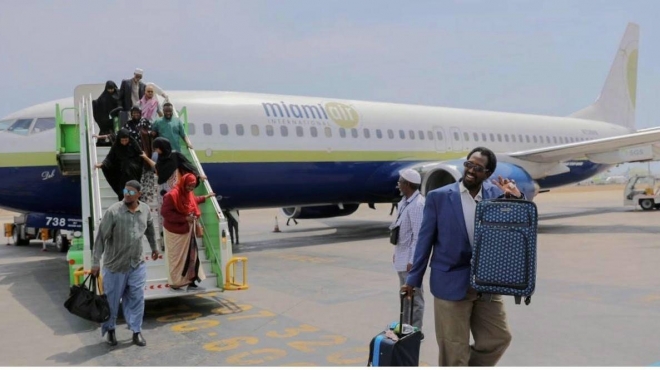 JEDDAH — The first flight of a US airline to the Kingdom of Saudi Arabia since 1997, arrived at the King Abdul Aziz International Airport here on Wednesday, carrying 168 passengers who are here to perform Haj.

The flight coming from Ohio is the first flight from a US airline to Saudi Arabia after a 22-year gap.

On their arrival the pilgrims were greeted by several officials from the administration of King Abdul Aziz International Airport, Ministry of Haj and Umrah, and the US Consulate at the airport lounge where the pilgrims received roses and a first rate hospitality was provided to them.

The president of the General Authority for Civil Aviation (GACA), Abdulhadi Al Mansouri, said that the Authority was keen to provide the necessary facilities for the arrival of the American flight.

"This will contribute to stimulating the rest of US air carriers to restart flights between the two countries," he said.

"The Custodian of the Two Holy Mosques King Salman and Crown Prince Muhammad Bin Salman, deputy premier and minister of defense, are keen to provide all the necessary needs to improve the transport industry in the Kingdom," he added.