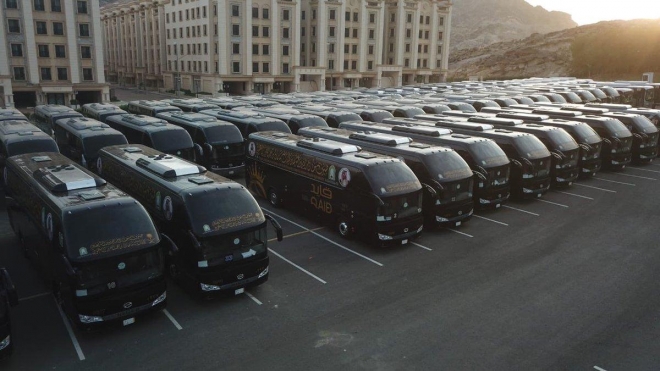 RIYADH: Hundreds of coaches were put into service on Friday to receive Hajj pilgrims who are being hosted by King Salman.

Pilgrims who are performing Hajj as part of the Custodian of the Two Holy Mosques’ Guests Program for Hajj and Umrah will be transported by coaches equipped with interactive screens that can be operated in various languages.

The initiative is part of efforts to ensure that pilgrims are transported safely and comfortably from the moment they arrive in Saudi Arabia until they leave after performing the pilgrimage, Saudi Press Agency reported.

They will transport pilgrims during the days of Hajj, as well as between Makkah, Jeddah and Madinah.

6,000 pilgrims will perform Hajj this year as part of the Custodian of the Two Holy Mosques’ Guests Program for Hajj and Umrah.