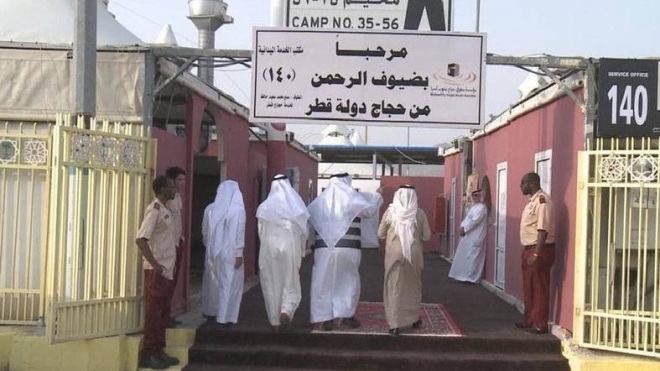 RIYADH — The Ministry of Haj and Umrah has opened up a new link for Qatari pilgrims to register for the upcoming Haj pilgrimage online after authorities in Doha blocked the previous one. The new registration link was relaunched on Saturday after the previous one — announced on July 17 — was blocked by Qatari authorities.

The ministry released a statement saying that under the directives of Custodian of the Two Holy Mosques King Salman and Crown Prince Muhammed Bin Salman, the new link was launched to “facilitate the arrival of all pilgrims, and to overcome all the obstacles they may face in performing this sacred duty.” “The Kingdom will continue to provide all means to facilitate the arrival of our Qatari brothers and sisters wishing to perform the Haj. The attempts of the Qatari regime to politicize the Haj and place obstacles in front of the pilgrims coming from the state of Qatar will not deter the Kingdom from providing all the facilities to them to perform the fifth pillar of Islam,” a statement from the ministry read.

The ministry also called on the Qatari authorities not to block the new registration link which will facilitate the pilgrimage of their fellow Qatari citizens.