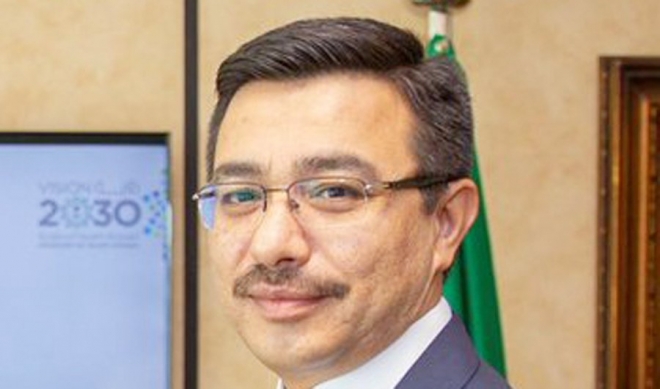 Speaking to Arab News, Maksudov expressed his gratitude and appreciation to King Salman and Crown Prince Mohammed bin Salman for providing the best services and security for pilgrims.

He added that the Makkah Route initiative was expected to serve more than 225,000 pilgrims passing through airports in Malaysia, Indonesia, Pakistan, Bangladesh and Tunisia this year, and that in the future he would like to see it extended to his own country.

“All necessary measures have been taken to create favorable conditions for pilgrims, as well as reduction of cost of the Hajj,” said Maksudov.

96m - According to the General Authority for Statistics, the Kingdom has served more than 95.85 million Hajj pilgrims in the last 50 years.

This year 7,200 pilgrims from Uzbekistan will perform Hajj. “We opened more ports in Uzbekistan to facilitate our pilgrims,” he added.

The number of pilgrims arriving via the Makkah Route initiative has reached 164,040. The services include issuing visas, ensuring compliance with health requirements and sorting luggage at airports in the pilgrims’ own countries.

So far this Hajj season, 911 pilgrims from 37 countries have arrived in Makkah as part of the Custodian of the Two Holy Mosques’ Guests Program for Hajj and Umrah, implemented by the Ministry of Islamic Affairs, Dawah and Guidance.

About 6,000 pilgrims from 72 countries will perform Hajj this year as part of the program, the SPA reported.


⇐ Previous:
329,000 people stopped from entering Makkah for lack of Hajj permit
Next: ⇒
Health Ministry to use 'robot' to diagnose patients during Hajj