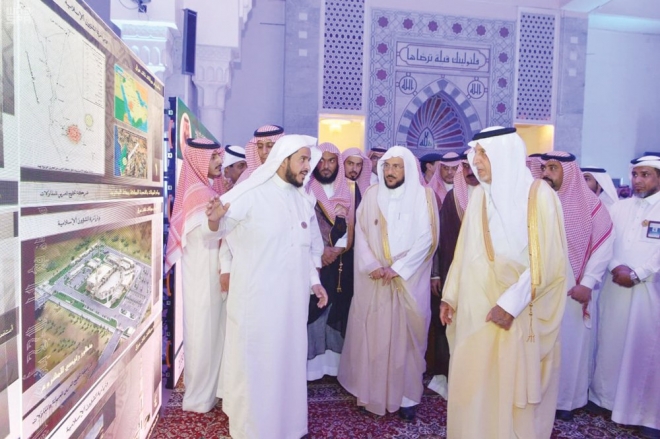 JEDDAH: Makkah Gov. Prince Khalid Al-Faisal on Sunday said more than 329,000 people had been stopped from entering the holy city since the start of the Hajj season for lack of Hajj permit.

More than 144,000 vehicles without permits had also been disallowed from entering the city, 15 drivers had been arrested for illegally transporting pilgrims, and 181 bogus Hajj offices had been closed, said the governor, who is also chairman of the Supreme Hajj Committee.

The measure is enforced every Hajj season to prevent congestion.

He also said Saudi Arabia is not responsible for obstacles put up by the Qatari government to impede its citizens who want to perform Hajj.

Saudi Arabia’s Ministry of Hajj and Umrah had created a new webpage for Qataris who wish to perform the pilgrimage this year. It then called on Qatar not to block the webpage as it did previously.

Qatari Hajj pilgrims can register their details, browse packages and pay for them at: qatar1440.haj.gov.sa

Pilgrims “are here for Hajj and worship. Let them dedicate themselves to worship and leave the other things. They’ll be welcomed and served by Saudis,” the governor said.