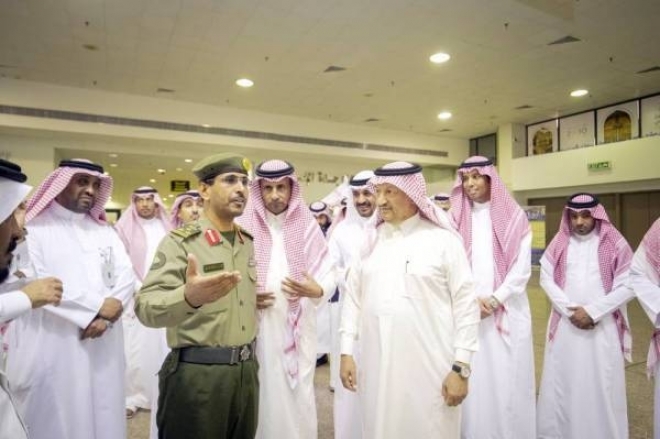 MAKKAH – Telecom service providing companies will be launching experimental services for 5G technology in Makkah, Madinah and other holy sites. The services include using drones to transmit 5G signals and activating the virtual reality technology and hologram, Dr. Abdulaziz Al-Ruwais, Governor of the Communications and Information Technology Commission (CITC), has said.

Talking to Okaz/Saudi Gazette here on Tuesday, the governor said the commission has allocated more frequency bands so as to increase internet speed threefold.

Because of the CITC efforts, the average mobile download speed in Makkah and Madinah has grown exponentially to reach 44 Mbps, which is an 80 percent rise compared to last year. The number of public Wi-Fi wireless access points in the Two Holy Mosques and the holy sites also have gone up to reach 5,442, he said.

Al-Ruwais said according to the CITC plans, there will be 37 5G cell towers in the Grand Mosque in Makkah and the Prophet’s Mosque in Madinah. This is multifold the number of cell towers compared to last year’s Haj season.

It is worth mentioning that ICT infrastructure in Makkah and Madinah is some of the best in the world, a result of intensive utilization of latest technologies, such as broadband 4G and 5G technologies. All operators had continuously developed their networks to facilitate providing sufficient capacity and highest quality of ICT services for the Haj season, which every year becomes one of the largest gatherings of people in the world.

CITC has already announced readiness of the telecom networks to serve the pilgrims. This year the total network capacity was expanded by 10 percent, provided by more than 13,000 cell towers.

Several CITC specialist teams are carrying out different roles, Al-Ruwais told Okaz/Saudi Gazette: “Most important among them is the band frequency team which is carrying out a field survey for the bands allotted to service providers with the objective of ensuring that all service providers are complying with the frequency channels allotted to them and to guarantee the soundness of the allotted bands,” he said.