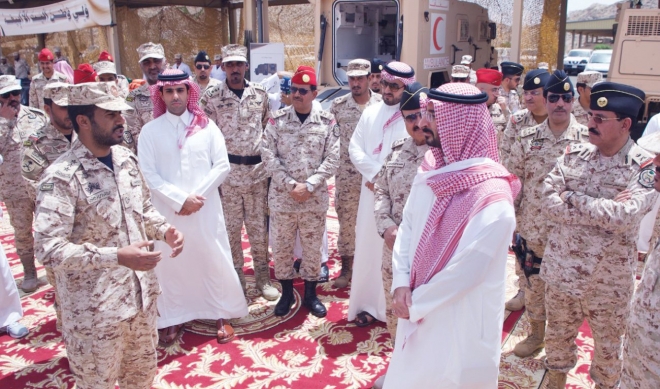 Upon his arrival at the National Guard’s camp in Al-Sharai, Makkah, the minister reviewed guard units and watched a performance of combat riots and displays of individual and collective skills.

The prince also listened to explanations about the use of advanced equipment and mechanisms by the forces for specific tasks, and the duties of National Guard units in serving pilgrims in the Grand Mosque and the holy sites.

After that, he inspected the headquarters of the National Guard at the holy sites and was updated on the latest preparations and services provided to the pilgrims.

Prince Abdullah also visited Mina Field Hospital, affiliated to the Ministry of National Guard, and was told about the medical duties and services put in place by the National Guard Health Affairs for pilgrims.

The minister stressed the need to provide for all eventualities in order to help pilgrims perform their rites easily and safely.

At the end of his visit, Prince Abdullah praised the government’s tremendous efforts in the service of pilgrims.