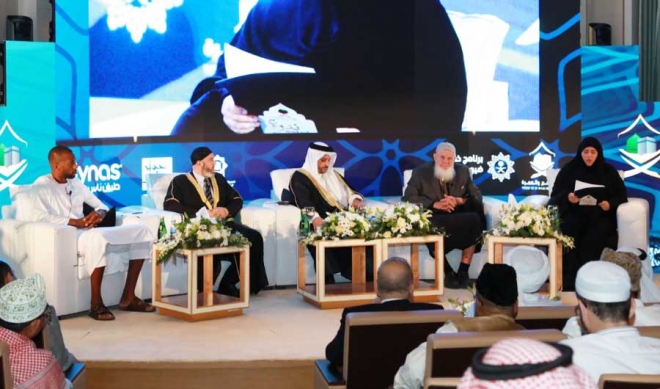 MAKKAH: The 44th annual Hajj Grand Symposium concluded on Tuesday after two days of debate and discussion on the theme of “Islam: Coexistence and Tolerance.”

The event, organized by the Saudi Ministry of Hajj and Umrah and held at Hilton Makkah Convention Hotel, featured Islamic thinkers and scholars from the Kingdom and across the Islamic world. It included a number of sessions on subjects such as: “Islam in serving societies,” “coexistence and tolerance in Islam,” “humanity in the digital world,” “the doors of guidance in Islam” and “Islam and coexistence issues.”

In a speech on the second day of the symposium, Dr. Abdul Fattah Mashat, the deputy minister of Hajj and Umrah, stressed the importance of hosting the symposium each year. It benefits everyone, he said, thanks to the diversity of the participants and the important benefits that can be obtained from learning about their experiences and listening to their recommendations. He said they will assist the country’s leaders in their efforts to continue to improve Hajj and Umrah services.

Mashat said that the ways in which we deal with the digital world reflects our identity. When technology is misused, it harms religion and humanity. He also stressed the importance of maintaining a presence in the digital world that preserves personal identity.

“When we talk about tolerance and coexisting, we cannot separate the true human identity from the digital identity,” he said. “When there is a difference between the two identities then that will create a double identity.”

Technical expert Abdullah Al-Saba said that prior to the digital revolution, the scope for sharing information was much more limited. As technology has advanced, our lives have gotten easier and we can reach others and spread information more quickly to greater numbers of people. This can serve Islam, he said, for example by using technology to help and track pilgrims during their journeys for Hajj and Umrah.

Estes said it is important to properly reflect the true, positive nature of Islam through actions, including charitable actions, and not only words. Junaid added that after recent terrorist attacks around the world, it was important that Muslims highlight the morality and message of peace that is the true face of Islam.