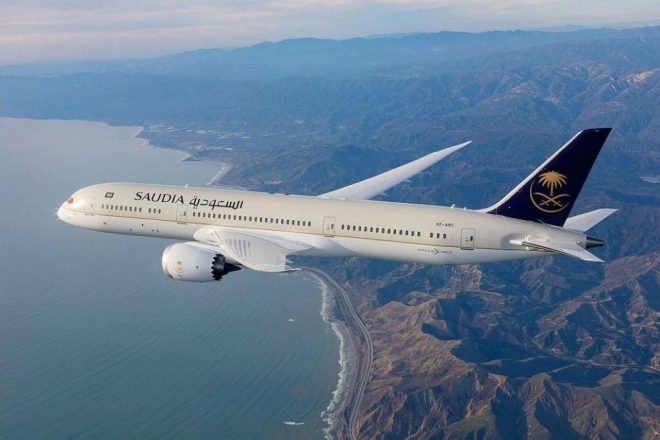 JEDDAH — The first international flights from the new King Abdulaziz International Airport in Jeddah (KAIA) will take off on Friday when Saudi Arabian Airlines (Saudia) operates a flight to Abu Dhabi and one to Manama.

The new airport will serve a total of 24 destinations, 21 local and three international.

On Saturday, Saudia will fly from the new airport to Muscat, which will have four weekly flights.

Flights from the new airport to Riyadh, Dammam, Madinah and Qasim will start later.

Ibrahim Al-Ruasa, spokesman of the General Authority of Civil Aviation (GACA,) said that there will be a flight every day from the new airport to the United Arab Emirates and the Kingdom of Bahrain and four weekly flights to Oman.

Saudia earlier shifted its domestic operations to 21 local destinations to lounge No. 1 at the new airport.


⇐ Previous:
From rapper to pilgrim: French celebrity Diam’s life-changing visit to a Muslim friend
Next: ⇒
Safety, easiness and comfort to mark this year&#039;s Haj