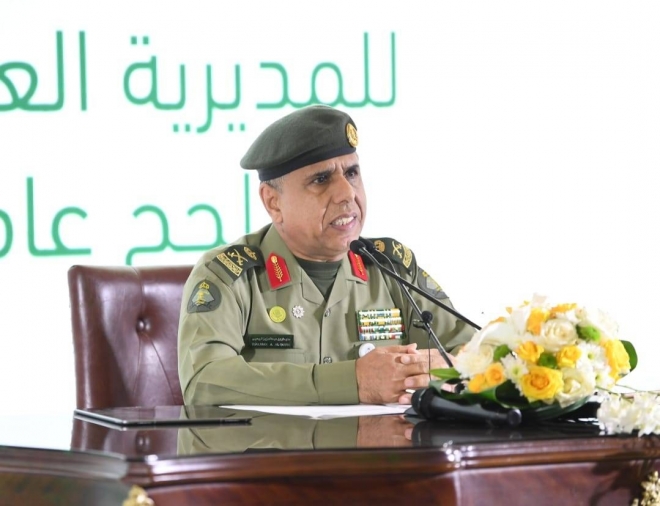 JEDDAH — The General Directorate of Passports (Jawazat) has formed seasonal administrative committees to be stationed at the gateways to Makkah, specifically at the checkpoints in Al-Shimaysi, Al-Tan’eem, Al-Behaitah and Al-Kurr, Maj. Gen. Sulaiman Al-Yahya Director General of Passports, revealed in a press conference on Wednesday. The committees work round the clock to slap on-the-spot penalties on violators of the Haj directives in line with the existing regulations.

Maj. Gen. Al-Yahya has stressed that there are many penalties stipulated by the regulations, against those who transport pilgrims not holding Haj permits.

Anyone who is caught transporting pilgrims not holding valid Haj permits will be fined SR10,000 for each pilgrim transported, including imprisonment for 15 days.

If the violator is an expatriate, he will be deported after paying the penalties, including his fines and prison term. Furthermore, he will be banned totally from entering the Kingdom and named and shamed.

Al-Yahya said the Jawazat force in Haj has made preparations for the second stage of its Haj Season Plan, which is set to begin in the coming few days when the pilgrims begin to depart for their respective countries.

The Director General of Passports (Jawazat) called on all pilgrims coming from abroad to comply with the period they are allowed to stay in the Kingdom and stick to their specified departure date after performing their Haj rituals. The period of stay will be according to the visa they have been granted, so that they are not held accountable and face penalties.

He lauded the efforts being exerted by the Jawazat personnel participating in the Haj tasks this year, especially for their hard work to serve the Guests of Allah round the clock. — SPA