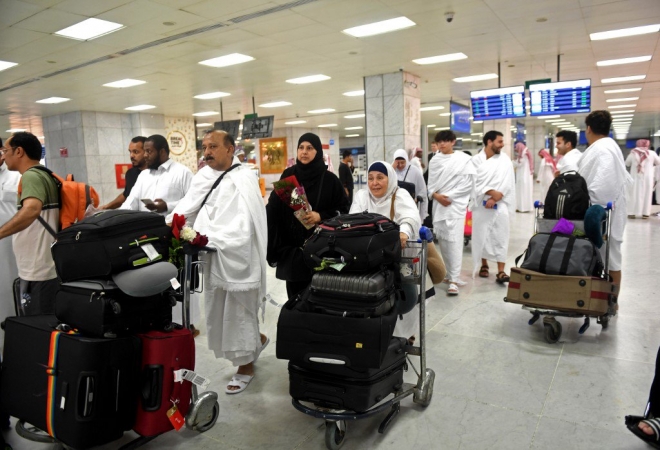 DUBAI: Pilgrims from around the world have thanked King Salman for the new services offered during Hajj, state news agency SPA reported on Thursday.

Mused Abduljalil, a pilgrim from the families of martyrs and Yemen’s national army soldiers’ group, visited Makkah as part of “the Custodian of the Two Holy Mosques’ guests’ program for Hajj and Umrah.”

“When I received King Salman bin Abudlaziz’s invitation to perform Hajj, my emotions were mixed with happiness tears that my dream was coming true,” Abdulmajid said.

The Saudi support for Muslims from around the world, including those from Serbia specifically, left him speechless, he added.

The president of the Lebanese Islamic Center for Studies and Media, judge and Sheikh Khaldoon Oraymet, said he was happy to join “the Custodian of the Two Holy Mosques’ guests’ program for Hajj and Umrah.”

“What the Kingdom does for pilgrims makes us proud, as despite the hardships in Lebanon we feel like Saudi Arabia will stand in the face of those who want to cause trouble in the Arab world,” he added.

In the meantime, the Mufti of Karelia province in Finland Sheikh Saeed Abdulaziz, who has already previously performed Hajj, said the newly implemented technologies by the Kingdom made the experience easier.

He and his group of pilgrims did not face any problems in commuting between their accommodation and the various places of worship, Abdulaziz added.

Meanwhile, one of the advisors of an Islamic association in New Zealand, Mohammed Haneef Kewazi, thanked the King and the Crown Prince for inviting the families and victims of Christchurch terrorist attack.

The happiness of those pilgrims will help them heal from the pain of the shooting incident, he added.