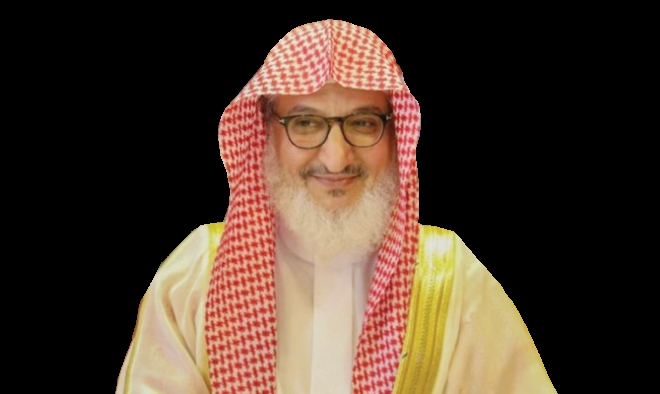 Sheikh Mohammed bin Hassan Al-Asheikh is a Saudi religious scholar and has been a member of the Senior Scholars’ Council since 2005.

He gave a sermon on Saturday at Arafat’s Masjid-e-Nimra, with the Ministry of Islamic Affairs, Call and Guidance, represented by the General Secretariat of the Custodian of the Two Holy Mosques’ Guests Program for Hajj and Umrah, transmitting the sermon into more than 30 languages through a host of translators.

The day of Arafat marks the culmination of Hajj and it is where the Prophet Muhammad (peace be upon him) delivered his final sermon.

Al-Asheikh got his bachelor’s from the College of Shariah at Imam Muhammad ibn Saud Islamic University in Riyadh.

Al-Asheikh received his master’s from the department of the higher judicial institute, and worked as an instructor at the university’s College of Shariah for 10 years.

He became a member of the Permanent Committee for Scholarly Research and Ifta between 2000 and 2001.

He was appointed by royal decree to become the chairman of the King Salman Complex for Prophet’s Hadith in Madinah in 2017.

This year King Salman hosted 6,500 pilgrims from 79 countries as part of the guests’ program.

Islamic Minister Sheikh Dr. Abdullatif Al-Asheikh announced that King Salman would bear the cost of the sacrificial meat for the pilgrims on this year’s program.