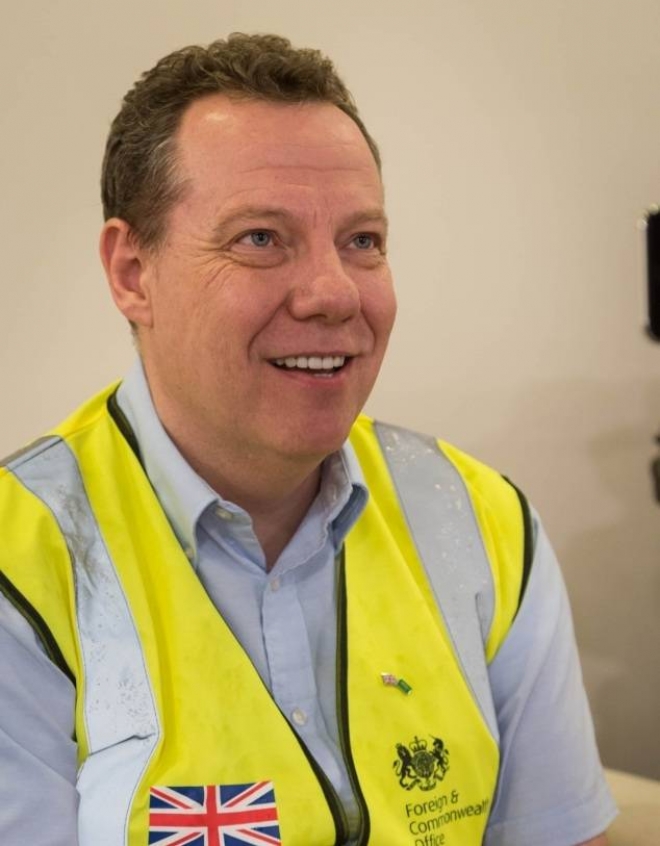 MAKKAH — British consul general in Jeddah, Seif Usher, has expressed his country's determination to expand its close cooperation with the Kingdom in all the initiatives of its Vision 2030. Speaking to Okaz, he said Britain would endeavor to increase the opportunities of bilateral cooperation with Saudi Arabia in all fields.

"We plan to promote our bilateral cooperation in investments in the basic infrastructure projects, health and other fields," he said.

The consul general said the Kingdom has in recent years introduced noticeable changes in all areas in line with its ambitious Vision 2030 and results of these reforms are too conspicuous for people inside and outside.

"The continued services being extended to the pilgrims, including development projects and organization of the pilgrimage, cannot be refuted," he added.

The consul general said there are about 26,000 pilgrims from Britain with a little increase in their number compared to last year.

He appreciated the Kingdom's services, support and the constructive investments in the holy sites, which added to the comfort of all the pilgrims, especially those coming from his country.

The consul general revealed that there was an official Haj delegation from Britain represented by 10 soldiers who came for the pilgrimage this year. "Many British military personnel come for the Haj every year," he explained.


⇐ Previous:
KSA hosted a successful haj season: WHO
Next: ⇒
Pilgrims begin their journey back home from today