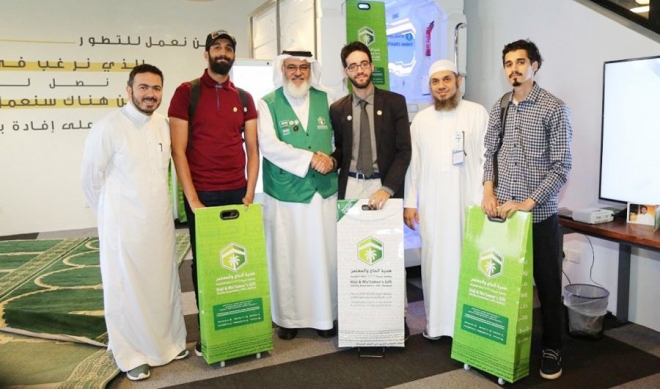 RIYADH: Hajji and Mutamer’s Gift Charitable Organization, one of the Hajj Ministry’s most successful partners in the Hajj season, was honored at the 44th Grand Hajj Symposium on Thursday.

Mansour Al-Amer, the organization’s director-general, expressed his gratitude to Minister of Hajj and Umrah Dr. Mohammed Saleh Bentin, and his deputy, Dr. Abdul Fattah Mashat, for the honor. He said that the organization provided more than 50 million items, gifts and services, including 10 million bottles of water and 5 million meals, to pilgrims during Hajj season this year.