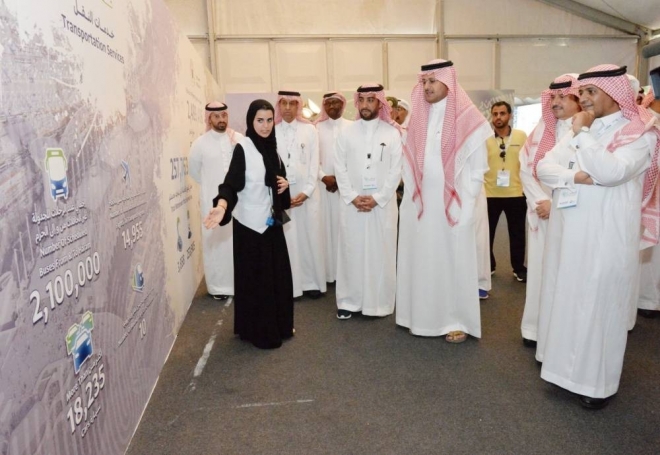 RIYADH — The General Authority of Civil Aviation (GACA) has announced the launch of Return Initiative, which it calls a qualitative and historic leap in terms of services being provided to pilgrims, Saudi Press Agency (SPA) reported on Friday.

The initiative, which is scheduled to be launched in its pilot stage during the coming two days, aims to facilitate completion of travel procedures for pilgrims from their residences even before they arrive at the airport, through use of sophisticated computerized systems.

During this year’s Haj 1440H, the initiative is targeting pilgrims departing to three countries — Indonesia, India and Malaysia.

GACA President Abdul Hadi Bin Ahmed Al-Mansouri pointed out that with the launch of the Return Initiative, the authority aims to raise the standard of services being provided to the pilgrims to enrich their travel experience at Kingdom’s airports. It will also facilitate completion of travel procedures and cut waiting time at King Abdulaziz International Airport (KAIA) in Jeddah and Prince Muhammad Bin Abdulaziz International Airport in Madinah so that the pilgrims return to their respective countries with ease and comfort.

Then this service will be extended to all pilgrims, Umrah performers and passengers traveling through the Kingdom's airports.

Al-Mansouri expressed thanks and appreciation for all the government and private agencies participating in the Return Initiative. He also lauded the role of the government authorities working in implementing this initiative.

They include the ministries of interior and Hajj and Umrah, Presidency of State Security, General Directorate of Passports (Jawazat), National Information Center, and Saudi Customs. He commended their great efforts in cooperating with the GACA.

“These efforts have contributed effectively to completing the initiative quickly and enhancing the possibility of expanding the scope of its implementation in future,” added Al-Mansouri.

It is noteworthy that with the Return Initiative, the GACA aims to facilitate procedures for the departure of pilgrims to their respective countries through easy procedures and applications. These include accepting luggage from the pilgrims’ residence, and registering their departure via special electronic computerized systems before their arrival at the airport.

In addition, this will provide a unique environment to the pilgrims and give them a distinctive impression reflecting the Kingdom’s culture and civilization. —SPA