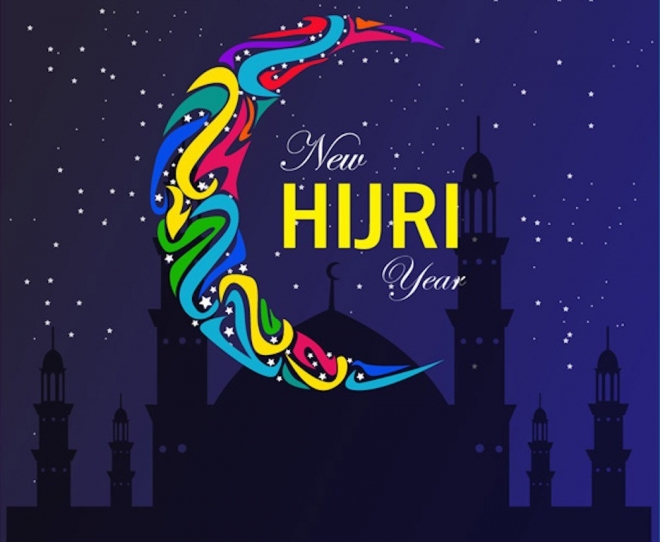 In the name of Allah, the Most Gracious, the Most Merciful

All praises are due to Allah; we praise Him, we seek His assistance and we seek His forgiveness. We seek refuge in Allah from the evil of ourselves and from our evil deeds. Whomever Allah guides there is none who can misguide him, and whomever Allah misguides there is none who can guide him. I testify that there is no deity worthy of worship except Allah, alone without any partners, and I testify that Prophet Muhammad (Peace be upon him) is Allah’s servant and messenger.

“O you who have believe! Fear Allah as He should be feared and do not die except in a state of Islam (as Muslims), with complete submission to Allah.” [Surah Ali Imran, 3:102]

“O Mankind! Be dutiful to your Lord, who created you from a single person (Adam) and from him (Adam) He created his wife (Hawwah/Eve) and from them both He created many men and women and fear Allah through whom you demand your mutual rights, and do not cut off the relations of the wombs (kinship). Surely, Allah is Ever an All-Watcher over you.” [Surah An-Nisa’, 4:1]

“O you who have believe! Keep your duty to Allah and fear Him, and always speak the truth. He will direct you to do righteous good deeds and will forgive you your sins. And whosoever obeys Allah and His Messenger, he has indeed achieved a great achievement (saved from the Hell fire and enter paradise).” [Surah Ahzab, 33:70-71]

Dear servants of Allah! In Shaa Allah, in the next two weeks, it is the new Islamic Hijrah year; the 1441th anniversary of the Prophet’s immigration to Madinah, a special moment that evokes a long journey of tireless work to deliver the Message of Allah to humanity, the message of light, mercy, happiness, compassion, solidarity, peace and justice; the universal messages of love, human brotherhood, development, noble morals and well-being.

Dear brothers and sisters! The emigration to Madinah (Hijrah) was a turning point in Muslim history that has many inspiring lessons. Prophet Muhammad (Peace be upon him) and his Companions set a wonderful example that Muslims and the entire world should learn from, and translate into practice in all aspects of life, for them to succeed.

The early Muslim community suffered a lot before they were ordered to leave Makkah and go to Madinah.

The persecution exercised against Muslims increased, especially after the death of Prophet Muhammad’s beloved wife, Khadijah and his uncle, Abu Talib. At a certain point, it was necessary to look for a new soil to plant the seed of Islam, to spread the word of Allah, and to practice Islam in a secure and receptive environment.

Respected servants of Allah! As we entered this dear occasion, we remember the incomparable dedication and sacrifice of the Prophet (Peace be upon him) and his Companions, the matchless sacrifice they offered, the pains and tears of those devoted heroes who preferred to give up their homes, wealth, comfort, families and everything but not the call and Message they were entrusted with.

Thanks to their noble endeavour, over two billion humans are blessed with Islam throughout the World; the call of prayer (Azan) is made 24 hours around the globe; the light of faith continues to shine on hearts and souls. Alhamdulillah.

Respected servants of Allah! Almighty Allah sent His Prophet Muhammad (Peace be upon him) and commanded him to call people to the worship of Allah alone. Some people accepted his call, but the majority of them rejected it and started to harm the Prophet and his Companions.

As the persecution against the Companions increased, some of them migrated to Abyssinia, which was the first Hijrah (migration).

The Prophet met some people from Yathrib (Madinah), who came to visit Makkah, and called them to Islam and they accepted it. Then, the Prophet sent some Companions with them to teach them and call others to Islam. When the Muslims in Yathrib became of a big number, Almighty Allah ordered Muslims to migrate.

Then, Allah ordered his Messenger (Peace be upon him) to join them. So, the Prophet and his friend Abu Bakr made a plan for the Hijrah to Madinah.

The disbelievers gathered around the house of the Prophet to stop him from migration. Allah ordered the Prophet to come out of the house, so he got out from among them and they did not notice him. The Prophet went to Abu Bakr and remained with him until night, and then they went out to the cave of Thawr.

They started searching for the Prophet. The trackers found out the road that the Prophet and his companion took. They went to the cave but Allah safeguarded his Prophet and they did not see him. The Prophet stayed in the cave for three days.

Then, the Prophet and Abu Bakr went out of the cave in the night and followed a rugged road to Madinah other than the road that people usually tread to Madinah.

When the Prophet drew near Madinah, a man called Buraidah Ibn Al-Hasib, the leader of Aslam tribe, came with seventy of his people, aiming at seizing the Prophet. Yet, the Prophet called him to Islam, then Buraidah and his tribe entered Islam.

Finally, the Prophet reached Madinah on 12 Rabi’ul Awwal in the first year of Hijrah. A new serious stage of the Islamic Message had thus started in Madinah.

Dear brothers and sisters! No doubt that the lessons to be learnt from Hijrah are countless. So, I will refer to some of them, hoping that Allah benefit us all with them:

The Prophet (Peace be upon him) and his friend Abu Bakr exerted all their efforts to win the day and make the journey to Madinah successful. This is what is needed from a believer. He has to be prepared well and ask Allah for support. Almighty Allah says:

“And prepares against them whatever you are able of power…” [Surah Al-Anfal, 8:60]

The Prophet (Peace be upon him) did not depend upon the means and neglect Allah, since the means are not fruitful unless Allah wants so. Yet, the Prophet made every effort and had strong certainty that whatever Allah wants will happen. This is shown in his beautiful statement to Abu Bakr:

“What do you think of the two that Allah is their third!”

3. Having Hope of and Confidence In Victory

The Prophet (Peace be upon him) did not lose hope at any time, even in this dangerous journey. He gave Suraqah Ibn Malik glad tiding of the spread of Islam in Quraish and the whole world. He told him that the throne of Kisrah will be seized by Muslims who will take his treasures as spoils saying:

“I (see) you O Suraqah as if you wearing the bracelets of Kisrah.”

4. Keenness of the Prophet On Companionship

All through his life, the Prophet (Peace be upon him) was keen on having good companions. This is clear from his life in Makkah, journey to At-Ta’if, receiving delegations, concluding the pledges of allegiance, and other things. He teaches us to always search for good companionship.

We learn from this journey the fact that the leader should share his people’s sufferance, as the Prophet did. He shared their migration, chase, weariness, sorrow and all their pains and sacrifices.

6. Da’awah At Every Place and Time

The Prophet (Peace be upon him) did not miss any opportunity or surrender to anything preventing him from Da’awah. He called everyone. He called Buraidah and his tribe. He did not think about how to escape them but he considered it an opportunity to call them to Islam.

In this journey, we saw how Abu Bakr (RA) was ready to work for Allah anytime and anywhere. The superior thing for him was to please Allah the Almighty and His Prophet (Peace be upon him). He knew no excuses. He devoted himself to work and providing for the cause of Allah.

The journey of Hijrah shows Abu Bakr’s generosity and openhandedness. He paid out five thousand dirhams, all that he had, for the call to Allah and he spent thirty-five dirhams before in the cause of Allah. He earnestly deserved the reward from Allah mentioned in the Qur’an:

“But the righteous one will avoid it” [He] who gives [from] his wealth to purify himself. “But only seeking the countenance of his Lord, Most High. And he is going to be satisfied.” [Surah Al-Lail, 92:17-21]

In the story of Hijrah, Abu Bakr engaged his whole family in the work for the cause of Allah. He has transformed his love for the Islamic Message to his family. But unfortunately, some callers and Islamic scholars nowadays isolate their families from Da’awah work. They have big activities outside their homes while they do not let their close members of the family take part in this blessed work.

O Allah! Enter it (the new Islamic year) upon us with safety, Iman, peace and Islam; with your pleasure, the Most Compassionate and protect us against the shaitan.

O Allah, we beseech you by your power of “BE” and it is…! (Qur’an, 16:40), ease our affairs for us. Our confidence is in you and only you can provide for the privileged and the less privilege. Ya Rabb, change our situation for the better in goodness.

May Allah accept our Ibadah (worship) and supplications, guide our leaders and provide us with a lasting peace in our beloved country Nigeria, ameen Ya Mujeeb!

Murtadha Muhammad Gusau is the Chief Imam of Nagazi-Uvete Jumu’ah and the late Alhaji Abdur-Rahman Okene’s Mosques, Okene, Kogi State, Nigeria. He can be reached via: gusaumurtada@gmail.com or +2348038289761.