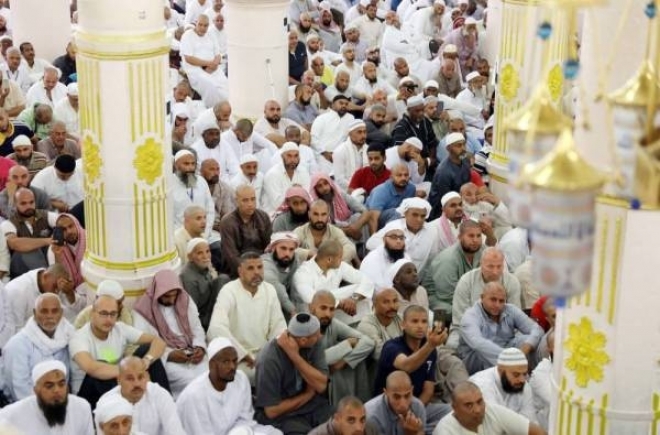 About 800,000 pilgrims are in the Prophet’s City after completing their Haj rituals in Makkah and other holy sites.

About the same number of the pilgrims visited Madinah before the Haj.

The Presidency of the Affairs of the Two Holy Mosques has provided the visitors with all the services they might need including furnishing the mosque with new carpets, providing enough quantities of the Zamzam water and providing men and women religious guides.

The security forces organized the entry and exiting of the mosque while the Saudi Red Crescent Authority and the department of health affairs provided ambulance cars for the emergency cases.

The traffic police were stationed at the main streets leading to the mosque to ensure an easy traffic movement.

In the Grand Mosque in Makkah, close to a million of pilgrims performed the Friday prayer in ease and comfort.

The presidency provided the Haram with more than 27,000 containers of Zamzam water in addition to 216 tanks and 555 marble drinking stations.

The presidency kept the 210 gates of the Grand Mosque open for the pilgrims to enter the mosque and go out of it in ease and comfort.

It has also operated all the 28 electric escalators and provided 38 entries for the disabled and the people of special needs.

The presidency also operated more than 600 fans to keep the Grand Mosque cool for the convenience of the worshipers.

Imam of the Haram, Sheikh Maher Al-Miaiqli asked the congregates to thank Allah for enabling them to perform the fifth pillar of Islam and to go straight to Madinah after Almighty Allah has blessed them with doing the Haj.