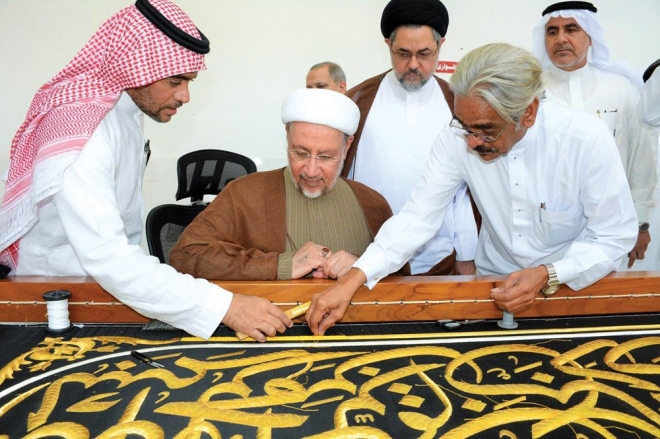 MAKKAH: Sheikh Khalid Al-Atiyyah, chairman of Iraq’s High Commission for Hajj and Umrah, praised the Kingdom for its efforts in serving Muslims and the holy sites in Makkah and Madinah.

During a visit to the King Abdul Aziz Holy Kaaba Kiswa Complex in Makkah on Tuesday, he was briefed about the different stages of Kiswa’s production. The Iraqi official and the accompanying delegation also watched a documentary on Kiswa and its production.

On Monday, the mufti of the Republic of Kosovo, Sheikh Naim Ternava, also visited the facility. He was received by the director of public relations unit at the complex, Raed bin Salah Al-Lehayani, who briefed him about the overall functions of the complex.

A large number of pilgrims are visiting the complex, according to the Saudi Press Agency. The acting undersecretary of General President for Grand Holy Mosque Affairs, Ahmed bin Mohammed Al-Mansouri, said the step has been taken to highlight the history and production stages of Kaaba’s Kiswa.