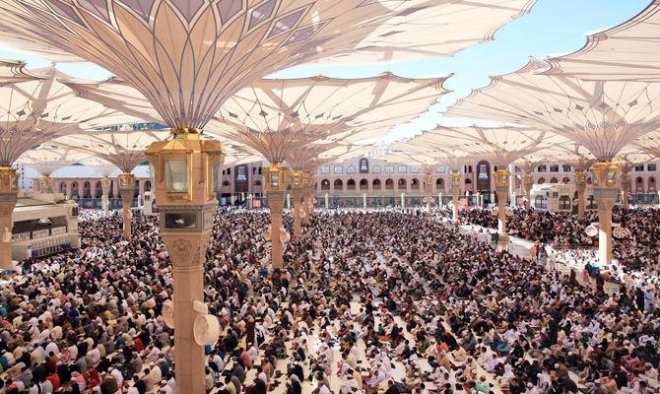 MADINAH — As many as 193,844 pilgrims have arrived in Madinah until Monday after completing their pilgrimage in Makkah and the holy sites to pay homage to Prophet Muhammad (peace be upon him) and pray at his mosque, according to the committee on Haj and visit.

The committee said a total of 38,885 pilgrims have left Madinah by air and land on their way to their home countries.

The committee said about 31,650 pilgrims are expected to arrive in Madinah until Tuesday evening.

The committee said since the end of the Haj, a total of 4,708 buses have arrived in Madinah transporting pilgrims from Makkah while 854 buses took the pilgrims to the air and land outlets.


⇐ Previous:
The Prophet’s Sacred Chamber: A ‘must visit’ destination for pilgrims in Saudi Arabia
Next: ⇒
Iraqi Hajj chief, other Muslim dignitaries, shown how Kaaba cover is made